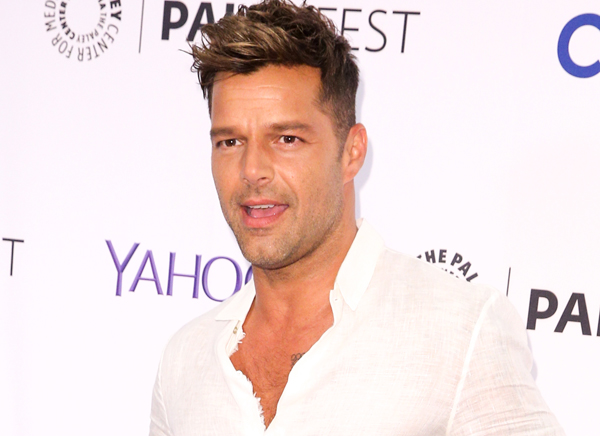 NEW YORK - Ricky Martin begins the U.S. leg of his “One World Tour’’ on Tuesday, while evoking his days with Menudo as a judge and executive producer of Univision’s new reality show “La Banda.’’

“I am happy to be part of this great production. Being an executive producer is very important to me because it opens doors to
a world of infinite possibilities,’’ the Puerto Rican star told The Associated Press in a recent interview.

“We started with Univision with the idea of eventually moving to other English-speaking networks to look for another ‘Banda,’’’ he said in reply to a question about franchising, noting that many “European countries have already bought the project.’’

The singing competition, with a judging panel that includes Italian singer Laura Pausini and Spanish singer-songwriter Alejandro Sanz, was created by Simon Cowell. The goal is to create a Latin boy band that can sing in both English and Spanish.

“Being able to go back to the beginning of my career has been the best part,’’ said Martin, 43, who started in the ’80s in the Puerto Rican boy band Menudo. “I have loved reliving with these boys the uncertainty of one’s career beginnings. ... My mission is to be an open book and share with them everything that has worked for me in my career and everything that hasn’t worked for me.’’

“La Banda’’ debuted Sunday, two days before Martin’s concert at the Axis at Planet Hollywood in Las Vegas, to be followed by more than 20 shows in cities including Houston, New York, Chicago, Atlanta and Miami, as well as Toronto and Montreal in Canada.

“Is a very demanding show for a very demanding audience,’’ Martin said. “It is a great show that includes the new hits and the old, as well as those heart-wrenching ballads that we’ve been singing throughout the years’’ and his best-known party anthems.

The tour started in April in New Zealand and included stops in Australia and Mexico.

Martin said about 150 people, including musicians, dancers, technicians and engineers, work on the tour. “It practically feeds 150 families!’’

He said his 6-year-old twins Matteo and Valentino start asking what’s coming next when they spend a few months in the same place.