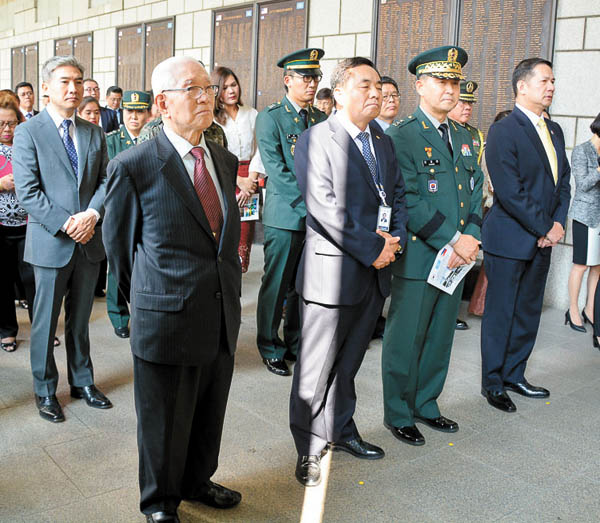 Philippine Ambassador to Korea Raul S. Hernandez, far right, leads embassy officials on Tuesday at the War Memorial of Korea in Yongsan District, central Seoul, during a ceremony commemorating the 65th anniversary of the landing of the Philippine Expeditionary Forces to Korea in Busan on Sept. 19, 1950. From left is Chi Kap-chong, the chairman of the United Nations Korean War Allies Association; Ko Suk-gu, the director of the War Memorial of Korea; and Chang Kwang-hyun, a senior member of the UN Command Military Armistice Commission. Provided by Filipino Photographers in Korea (Filipos)