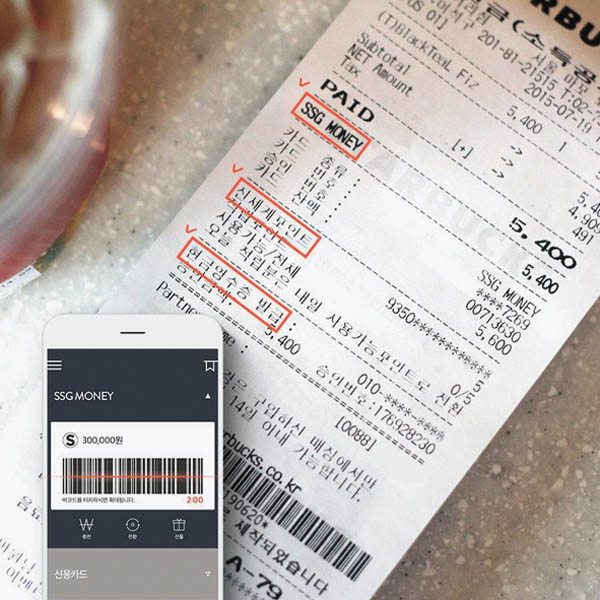 Major retailers are set to launch their own mobile payment apps to provide a more seamless online and offline shopping experience in an increasingly cluttered market.

The company’s mobile payment system is part of its retailing strategy aimed at blurring the boundaries between physical stores and online malls.

Omni-channel retailing, the process that combines online and offline shopping, enables customers to pick up items at a shop nearby after ordering online. 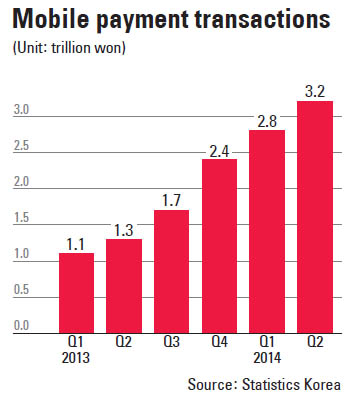 The mobile payment system can give consumers more comprehensive, simpler payment options by combining purchase records and points from all types of Lotte malls.

Lotte has converted mileage and bonus points into a singular L Point system ahead of the official launch. Lotte-affiliated malls boast a membership of 30 million, and the group hopes the large membership will boost the payment service.

“In the initial phase, we are focused on serving Lotte malls, but [we hope to] later extend the service to non-Lotte shopping malls,” said a representative of Lotte. The group declined to reveal the exact launch date and detailed functions.

Rival Hyundai Department Store will also join the mobile payment war by releasing its H-Wallet at the end of this month.

The retailer introduced a beta version on Monday that displays features such as one-click payment.

H-Wallet can be used in 15 Hyundai Department Stores across the country and outlet malls.

The payment system lets shoppers pay for items with their phones and uses a scannable code to initiate transactions.

SSG Pay can be used at Shinsegae Group-affiliated units, including Shinsegae Department Store and E-Mart. It automatically accumulates points and issues an e-receipt.

The retail group signed a partnership with major credit card companies to integrate the cards into the payment system. The card companies include Samsung, Hyundai, Shinhan and Woori.

Still, there are mixed views on whether retailer-backed payment apps will gain acceptance. Twenty-nine-year-old Kim Yoo-mi is a registered E-Mart customer but didn’t download the app.

“I don’t feel like downloading the app because I don’t feel inconvenienced when I go to the mart. It’s okay to use the point card to collect points.

“I am also worried about security when I use a mobile payment system.”

Still, other consumers have moved towards the latest payment system. The amount of mobile payment transactions surged over the past two years, according to Statistics Korea.

According to the Bank of Korea and Statistics Korea, the number of registered mobile banking users surpassed 40 million this year, and mobile devices now account for 43 percent of all Internet banking.

There were 3.2 trillion won ($3.1 billion) worth of mobile payments made using credit cards last year, or about 30 percent of total online shopping payments.

The challenge for retailers is to catch up with established apps from tech companies that often display a sophisticated simple user interface and payment process.