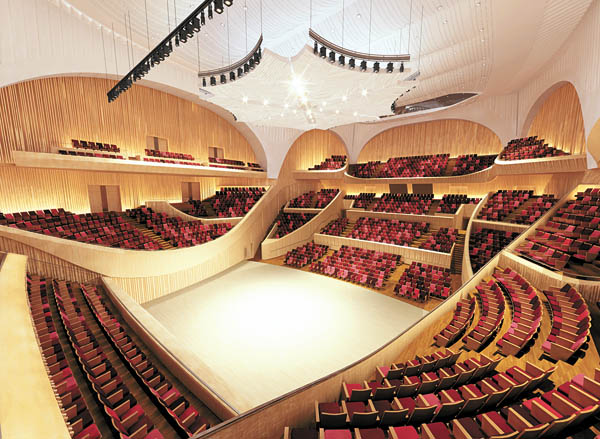 A rendering of Lotte Concert Hall in Lotte World Mall in Jamsil, southern Seoul. Lotte Group said on Thursday that the new Lotte Cultural Foundation will support classical music through the concert hall. Provided by the company

Lotte Group Chairman Shin Dong-bin launched a 20 billion won cultural foundation on Thursday with half the money donated from his personal fortune, in a bid to enhance the retail group’s image following the well-publicized family feud.

This is the first time the chairman has been involved in managing a foundation.

His sister Shin Young-ja is at the helm of the group’s Samdong Welfare Foundation.

The main objective of the newly-established Lotte Cultural Foundation is to promote classical music through its concert hall which is still under construction.

Korea has a few venues reserved for classical music performances. Lotte Group said the new venue is the second classical music hall in Seoul after the Seoul Arts Center.

With 2,036 seats, the hall is designed to create a more congenial atmosphere between the audience and the performance area.

The launch of the foundation is the latest effort by Lotte to court good public relations after the fraternal battle for control of the retail group exposed shady corporate governance and
practices.

The company announced a recruitment plan that hires more entry-level staff than previous years while the group also launched a task force to clean up its structure.

The chairman hoped the foundation will have a positive effect in nurturing talent and promoting culture.

“The foundation is aimed at contributing to the development of art and culture,” the chairman said in a statement.