Saying no to reforms

Saying no to reforms 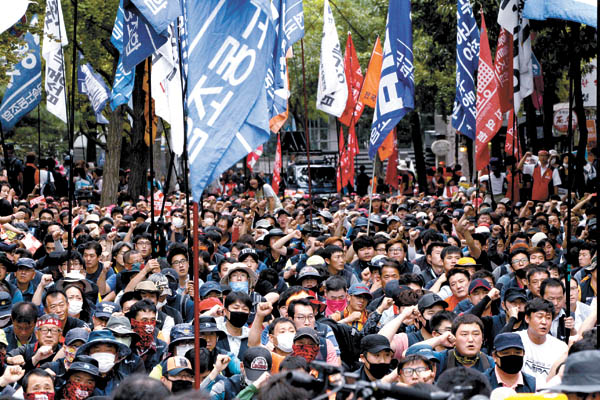 The Korean Confederation of Trade Unions stages a rally to call for a general strike in front of the Kyunghyang Shinmun Building, where
the umbrella union’s headquarters is located, in Jung District, central Seoul. The umbrella union urged the government to cancel its labor reforms. The Korean Confederation of Trade Unions did not participate in the three-way negotiations on labor reforms. By Oh Jong-taek