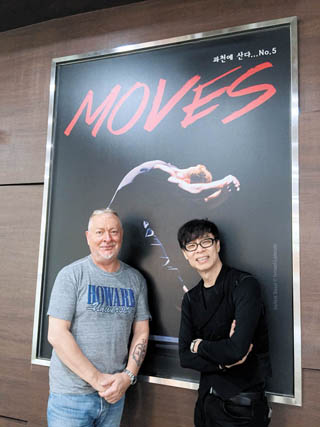 Two choreographers, Richard Wherlock from Switzerland, left, and James Jeon from Korea, right, have joined hands to collaborate on the ballet performance “Moves.” By Yim Seung-hye

When there’s a cultural exchange project between two ballet companies from different countries, for Korea at least, it’s usually government-led. But the upcoming performance “Moves,” organized by Ballett Basel of Switzerland and Korea’s Seoul Ballet Theatre as part of each company’s “cultural exchange project,” started rather uniquely with two artists: James Jeon, artistic director and resident choreographer of the Seoul Ballet Theatre, and Richard Wherlock, director and head choreographer of Ballett Basel.

The relationship between the two started 20 years ago when Wherlock visited Korea for a collaboration, and the two shows, starting tonight at 8 p.m. at the National Theater of Korea, will mark the first collaboration between the choreographers in 20 years and the 20th anniversary of the Seoul Ballet Theatre.

It’s not only the starting point that makes this project unique, but also how it is presented. “Moves” is divided in three parts, in which the first part, “Snip Shot,” is choreographed by Wherlock for six Seoul Ballet Theatre dancers, while the second part, “Voice in the Wind,” is choreographed by Jeon for six Ballett Basel dancers. Jeon choreographed the third part, “Under the Moonlight,” this time for his own dancers.

And the exchange doesn’t stop there. As it also marks Ballett Basel’s 15th anniversary, the Seoul Ballet Theatre will visit Switzerland next April to perform “Moves” at the Basel Theatre. There, the third part will be replaced with Wherlock’s 15th anniversary celebration choreography with Ballett Basel dancers.

“It’s a real exchange,” said Wherlock. “What we discovered over the last few days of rehearsal is that it’s not just an exchange of dance but exchange of the whole culture.”

According to Wherlock, there are currently 32 dancers from 15 different countries in Ballett Basel including Chinese, Spanish, French and American.

“When they met with the Korean dancers, straight away, through the art of dance, they came together, using their hands and feet. That’s another nice [advantage of] cultural exchange. It’s good that they are having a good time as well. We just have to do all the work,” said Wherlok, chuckling.

To learn more about the exchange project, the Korea JoongAng Daily sat down with the two choreographers last week for an interview at the office of the Seoul Ballet Theatre in Gwacheon, Gyeonggi. Here are some excerpts. 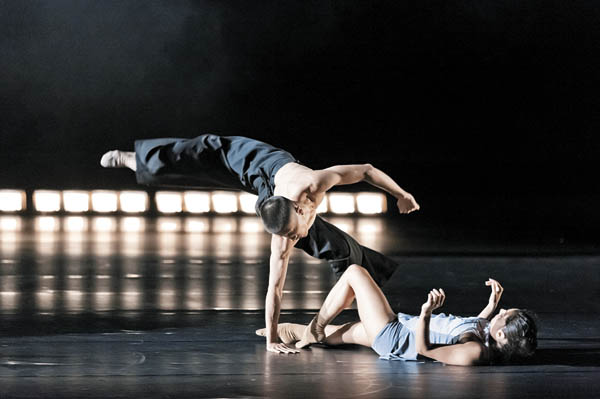 “Moves,” a joint collaboration project between two ballet companies, is divided in three parts. The first is choreographed by Richard Wherlock, director and head choreographer of Ballet Basel, for Korean dancers.Provided by the Seoul Ballet Theatre

Q. Usually cultural exchanges in Korea are led by the government, but since you guys started it between you two, it must be quite different from government-led projects.

Jeon: For me, the Korean government helped my company a couple of times to go abroad and perform [as part of cultural exchange projects], but I must say there was not much communication. We just went there, were nice to each other and did a lot of nice performances and came back. But what we do is a lot different. This involves relationships and communication from the beginning and we develop together. That’s the most important thing in cultural exchange. 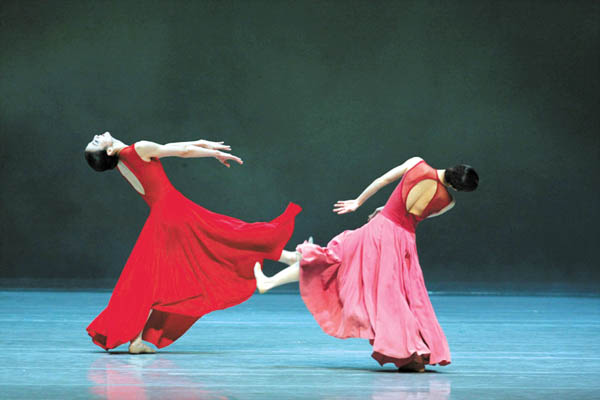 Wherlock: I’ve toured the world, when I was a dancer, in association with different government institutions such as the British Council, the Goethe Institut and so on. That’s how I came to Korea for the first time as a dancer in 1982. But when an institution is organizing it, they do say what you have to take, what you have to perform, to demonstrate, because they believe that’s the most important thing in cultural exchange. But in this situation, we have a completely free open book and an open canvas. So actually something new can be created by the two countries. I believe that’s a real exchange.

You have each choreographed for and worked with the dancers of the other. How was it?

Jeon: I’ve always worked with Korean dancers so working with dancers of such a diverse nationalities was very interesting. It gave me so much excitement while communicating with each other through movement. For me, I was also able to find myself, too. I was able to find a different side of James Jeon while working with Western dancers.

Wherlock: Like I said earlier, we have many different nationalities in my company. Each leaves his or her home country to go to a different country to work. So that’s a completely different psychological effect as well. Moreover, Spanish dancers have a completely different approach from British dancers and American dancers. So we have the diversity there. That would be quite fun for James to work with. I really love that and I always say it’s like having the most wonderful gift box of chocolates. They are not only multicultural but also multitalented. That’s what’s so nice.

Having said that, it was wonderful for me to work with the Korean dancers because one of the difference for me was, and I don’t mean in a negative way but in a positive way, that they have a very strict way of striving for perfection. I think my dancers sometimes ask me questions like, “Why are we doing this?” or “Why is it like that?” I would say we work in a very round way but here it’s sort of a linear way. And also it’s very heartwarming to see them so welcoming.

So in April, the Korean dancers will visit Switzerland for the 15th anniversary celebration of Ballett Basel. How is that going to be?

Wherlock: A lot of people get confused between a celebration and gala. I’m not so into galas. I’m into celebrations. We have a very large repertoire. I do have the ability and I have a little bit more of a free hand with finance so I can have many other choreographers who can work with the company. That’s always been very important for me to show also that these dancers have many talents. They can one day be a contemporary swan and the next day dancing something completely different.

So that’s what we are trying to show in our event. We did it in our 10-year celebration the tickets sold out in two days so we then had to televise it in cinemas. So this time we are going to hold two performances. Although we are looking into whether we are going to televise it again as I am a bit against the live performances being shown in the cinema. I’d rather have them come and see the performance in person. This is the new trend that’s going on with cinemas showing opera, classical concerts and dance. But I think you have to see it live.