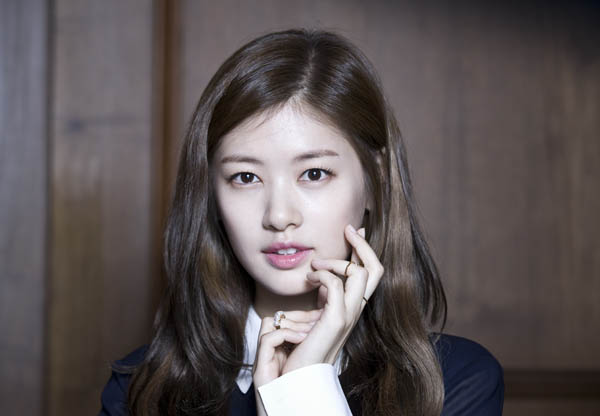 For aspiring actress Jung So-min, star of the new JTBC drama “D-Day,” having enough time to prep for a role has played a key part in making her fall for a character.

Thanks to efforts by the drama’s production team to film the majority of the series before the air date - unlike in most dramas, where actors receive the script a few days or a few hours before the shooting - Jung was able to thoroughly prep for her starring role.

The drama, which debuted midway through last month, filmed 80 percent of the entire 20-episode series before it even aired the first episode. The filming started in June.

Thanks to this approach in production, Jung, who plays the lead character, Jeong Ddol-mi, had enough time to make her character more realistic. She plays a resident doctor working in Busan, who experiences an earthquake that hits Seoul while transferring a patient. The drama centers on what happens in Seoul when the city experiences a high-magnitude earthquake.

“I feel so happy as I film,” she said in a recent interview with the JoongAng Ilbo.

As her part in the drama was confirmed in April, about five months before the air date, she had a lot of time to study her character in depth. She got private lessons from a college friend from Busan to perfect her Busan dialect and even visited a local hospital to observe the habits of doctors.

“I was with that friend as if we were living together, and on the days we couldn’t meet, we practiced over the phone,” she said. 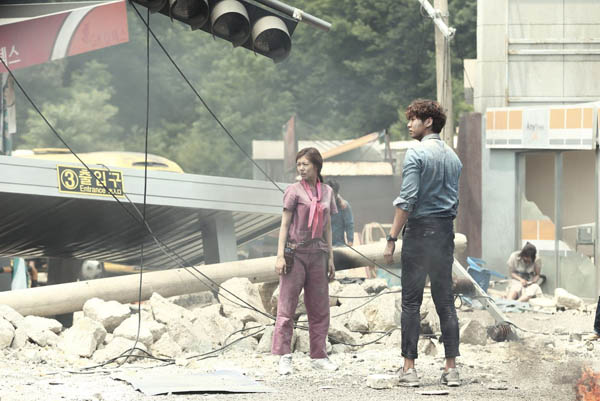 “Recently, I find myself speaking in that dialect in my daily life.”

Q. How do you like the character you are playing?

A. She doesn’t know that she is pretty. She was very overweight until her days in high school, and then she realized that her parents were not respected much because of her weight. So she went on a diet and lost half her body weight and became much prettier, but she still lives her life as if she is unattractive-looking. It is a humane and charming character.

What did you learn from shadowing doctors at a hospital?

No one used their hands except when they were in surgery. They opened doors with their feet and pushed trash cans around with their feet, too. No one wore a watch. Learning those little details helped me a lot in acting.

What kind of actress do you want to be?

I want to do more work, and I want to put forth my best effort so that I won’t regret it later on. I try to prepare as much as I can before I actually start acting. I may feel regret about the outcome [after my work is aired], but I don’t want to leave any possibility for regret when it comes to being prepared.