Review: ‘The Advocate’ attempts too much at once

Review: ‘The Advocate’ attempts too much at once 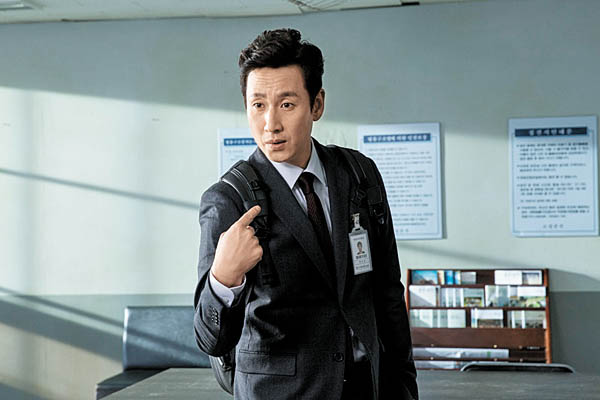 Multiple genres collide in the upcoming film “The Advocate: A Missing Body” directed by Heo Jong-ho.

It is a thriller and a courtroom drama at the same time, with a hint of romance squeezed in.

However, too much is as bad as too little. With the focal point of the plot jumping around, never settling on one theme, the film ends up being neither thrilling nor engaging.

The film mainly revolves around the murder of a college girl who is suspected to have been killed by an alleged stalker after she refuses to answer his calls.

However, there are no witnesses or surveillance camera footage. Above all, there is no body. It is the perfect opportunity to fabricate the case.

Yes, he is talented and smart, but he hasn’t got any sense of justice. His motto in court is, “Winning is justice.” So despite the evidence implicating his client, he spins a different story in court.

After faking alibis and circumstances, Byun is on the verge of winning the game until the suspect he is advocating for makes an abrupt confession during the last day of the trial.

Now, the egotistical lawyer is mad. In order to recover his damaged reputation, Byun digs deeper into the case and finds out there are several more murder cases similar to this one, and he thinks it has something to do with a pharmaceutical company trying to cover up the critical side effects of their product.

The plot unfolds in a speedy manner. After revealing the behind-the-scenes story of the case one by one, the film delves into another set of preceding events that trace back to the real perpetrator. 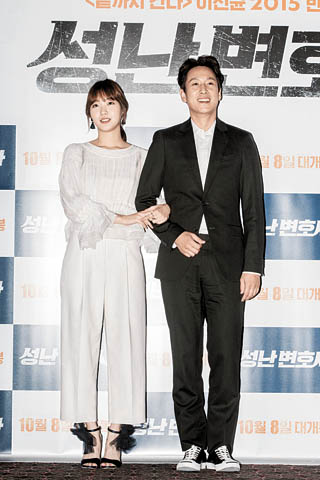 Kim Go-eun, left, and Lee Sun-kyun pose for the press on Sept. 24. Provided by CJ Entertainment

But with these abrupt transitions between the courtroom drama and the crime mystery, the tension, which is what both genres are all about, fails to keep up. The final scene of the courtroom drama, which is supposed to show a triumphant victory, is also nowhere to be found.

Throughout, Lee’s performance is above average. With as much experience as he has, it is hard to expect an unstable or awkward performance from him. However, one problematic area is that the personality of his character Ho-sung seems all too similar as his previous role in “A Hard Day.” He is short-tempered and likes to yell. It is hard to tell whether all of those similarities were merely because of the similar characters and settings, or if it is just the way Lee acts. Either way, it would have been nicer to see him use his copious talent to create something fresher and awe-inspiring.

In the meantime, up-and-coming actress Kim Go-eun plays a young, bullheaded prosecutor, trying to get to the bottom of this case. It is pleasant, almost exciting to see Kim finally playing a normal, down-to-earth character after seeing her suffer through dismal and miserable roles in the 2015 films “Coin Locker Girl” and “Memories of the Sword.” She plays it very naturally.

Every component of the film is attractive and interesting, from the cinematic theme to genre to the cast. But the project was too ambitious and done too hastily.