Got a lackadaisical dog? Ginseng is the answer

Got a lackadaisical dog? Ginseng is the answer 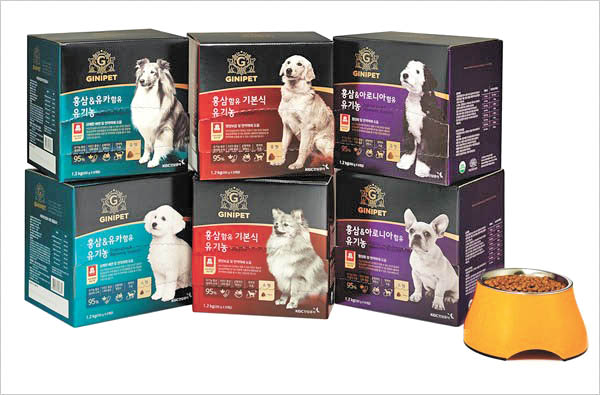 Are you concerned your lovely doggy lacks stamina or was born a little weak under the collar? That problem is in the past thanks to the Korea Ginseng Corporation.

The public company specializing in marketing ginseng products said it would launch Ginipet - a portmanteau of the words ginseng, I, and pet - this month at large discount chains and pet hospitals. It is a type of pet food with red ginseng as a key ingredient.

Ginipet is the outcome of three years of research efforts by an animal feed team set up by the company, which for decades held the monopoly on ginseng sales from Korea. The researchers were looking into ways to make the best use of residue left over after extraction of the essence of red ginseng. The residue still has nutrients.

“We discovered through tests that the product improved the health conditions of dogs,” the company spokesman said.

The team will follow up with a ginseng feed for cats. It believes the local pet feed market has sizable potential for growth. According to the Korea Consumer Agency, the pet food market will almost double from 320 billion won ($275 million) in 2012 to 600 billion won by 2020.

The upbeat prospects come from the fact that Korea has an increasing number of people keeping pets, especially with the rise of single households. As of June, the number of Koreans with animal companions surpassed 10 million, or one-fifth of the entire population.