Book fair gives a true sense of the arts

Book fair gives a true sense of the arts

This year’s Seoul International Book Fair, currently underway at COEX in southern Seoul, attests that books these days are more than just text - they satisfy all of our five senses.

In fact, one of the goals of this year’s fair is to “celebrate books and the arts”.

Various art fields - such as design, music and movies - therefore have a presence at the fair, as organizers seek to break away from the typical, traditional notion about books and reading and highlight how books today have strong relevance in those fields.

The fair will include exhibitions and performances that show books in diverse cultural and artistic contexts to let the public experience books as an art form, thus helping to create a “book-reading culture” 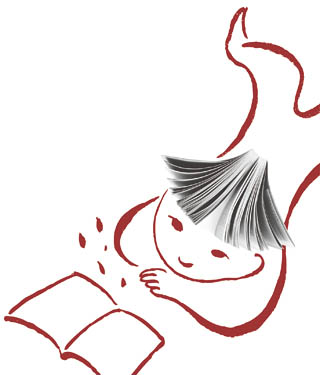 And “children” is another key word and direction in this year’s fair.

Hwang Seon-mi, the children’s book writer best known for “The Hen That Dreamed She Could Fly” (2000) has been named “Noteworthy Writer of the Year.” The book, one of the most loved children’s books in Korea today, is sold in more than 25 countries, including Japan, China, France, Poland, Greece, Sweden, the UK and U.S.

“Nominating Hwang Seon-mi as ‘Noteworthy Writer of the Year’ is an exceptional decision,” organizers said. “It also shows the organizer’s regard for children, the future of Korea’s publishing industry.”

Another big theme for this year’s fair is the 70th anniversary of Korea’s liberation from the 1910-45 Japanese colonization.

The fair is also a rare opportunity to experience books from various countries. This year, 18 countries have set up booths. Italy has also been selected as the guest of honor country to commemorate the 130th anniversary of diplomatic ties with Korea.

The Fabian Negrin Exhibition is also a must-see. Sixty-five of his illustrations and 11 books are being shown. Born in Cordoba, Argentina, in 1963, Negrin is an award-winning illustrator. His latest book, “The Riverbanks,” has won him a prize at the 2010 Bologna Children’s Book Fair.

Organized by the Korean Publishers Association and sponsored by several institutions, including the Ministry of Culture, Sports and Tourism, the fair is now in its 21st edition. About 310 exhibitors from Korea and abroad are taking part.

This year, Hangul Day (Oct. 9) and Book Day (Oct. 11) fall during the fair. Hangul Day, a national holiday, celebrates the creation of the Korean alphabet system, and on Book Day, the Korean Publishers Association recognizes people who have made contributions to the country’s publishing industry.