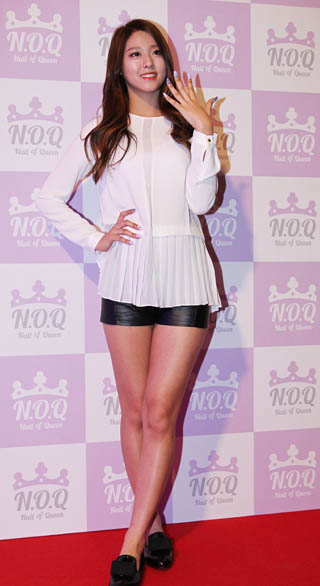 Seolhyun, a member of girl group AOA, will star in a series of special episodes for “Hello Korean” and will address the correct usage of Korean.

KBS, the state-run broadcaster, said on Wednesday that Seolhyun will appear in four episodes of the five-minute show along with comedian Heo Kyung-hwan.

“Unlike previous shows which lecture on the correct usage of Korean in a rather serious way, this will let viewers know which way is right and wrong in friendly ways.”

In order to do so, Seolhyun and Heo did a couple of skits and acted out various characters from a fashion model to a gym trainer.

Having started out as a member of AOA in 2012, the 20-year-old singer seems to be in the prime of her career, appearing in a number of drama series and reality TV shows, including “Law of Jungle.” She also recently signed endorsement deals with a mobile carrier and a fashion brand.