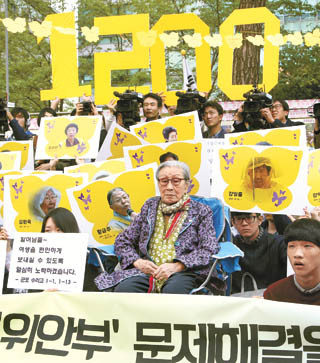 Protesters demand Japan apologize for sexual slavery during World War II at the 1,200th weekly rally held in front of the Japanese Embassy in Jongno District, central Seoul, attended by former comfort women and the opposition party chairman, Moon Jae-in. The rally has been held weekly every Wednesday since January 1992. By Kim Kyung-bin