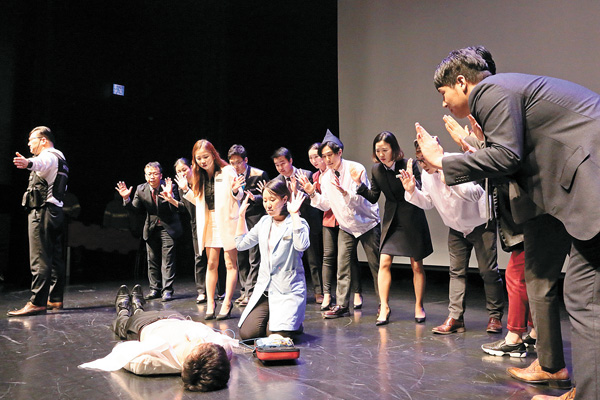 To boost the culture of safety in its aisles, Galleria Department Store held a cardiopulmonary resuscitation (CPR) contest on Tuesday.

Teams of staffers at the department stores competed to demonstrate lifesaving techniques to be used in emergencies at the Galleria Department Store in Cheonan, Gyeonggi.

Hwang Yong-deuk, chief executive of the chain, attended the event as a judge along with employees of the Cheonan Seobuk Fire Station.

The contest is as part of the chain’s efforts to enhance safety in the shopping malls.

Since January, Galleria has required all employees to be trained in CPR and fire-extinguishing emergency procedures.

The chief executive emphasized the importance of safety.

“The CPR lessons are of importance to Galleria because they can save lives in emergencies,” he said.

“We will continue to hold such safety instructions and events to become a safe, reliable place to do shopping,” he continued.

The training is a prerequisite for all employees regardless of position.