Ha Jung-woo to star in ‘With God’ movie

Ha Jung-woo to star in ‘With God’ movie

Ha Jung-woo, one of the most prolific actors in the Korean film scene, has signed on to appear in a new film, “With God,” according to Fantagio, the 37-year-old actor’s agency. 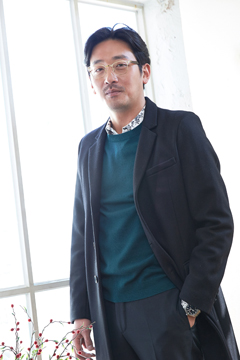 In the much-anticipated film based on the popular web cartoon series of the same name, Ha will play the role of a man who is escorted to the afterworld after his death and spends 49 days there with other deceased people to await multiple trials.

The actor has played supporting roles in numerous films and drama series since his 1998 debut, but the 2008 hit film “The Chaser” brought him fame and popularity. In the film, Ha plays the role of a serial killer.

Since then, Ha has been keeping his schedule full.

Apart from “With God,” Ha also signed on to three other films: “Agasshi,” “Tunnel” and “Andre Kim.”