‘The irritated guy’ returns to the screen

‘The irritated guy’ returns to the screen 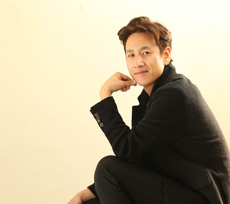 Life has been on a fast track for actor Lee Sun-kyun in recent years, especially around the 2013 hit “A Hard Day.”

But the actor unexpectedly enjoyed a roughly year-long “sabbatical” when the shootings for pieces he was working on got delayed.

“I’ve never really taken a break that long since about 10 years ago,” he told Ilgan Sports, an affiliate of the Korea JoongAng Daily, in a recent interview.

Perhaps that’s why the 40-year-old actor, who is best known as a “the irritated guy” - mostly because of the roles he’s played on the silver screen - appeared to be at such ease. “While I took a long break, I pondered on myself a lot. I guess it’s part of the reason that I found peace of mind. Plus, I’m aging.”

Lee recently returned as the egotistical lawyer Byun Ho-sung in “The Advocate: A Missing Body,” currently in theaters. Director Heo Jong-ho is Lee’s friend and fellow alumnus of the Korea National University of the Arts.

As it is only Heo’s second feature film, Lee is hoping that the movie is a success and gives Heo more chances. “Being a movie director in Korea is quite tough. I hope ‘The Advocate’ leads Heo to a better place.”

A. There weren’t that many legal terms in my lines. But being a persuasive speaker was the harder part for me. You have to get the jury to listen to you and eventually win their hearts. I studied a lot about how preachers I respect spoke to a crowd. I also studied how presenter Choi Yu-ra spoke. I learned that they never preach, but rather, they are engaged in a two-way dialogue. They watch how the audience reacts and converse with them.

Many people are comparing your character in “A Hard Day” with Byun Ho-sung in “The Advocate,” saying they are too similar. Do you agree?

The two are totally different movies. While “A Hard Day” portrayed how a man changes with a series of events, “The Advocate” is about how a man - whose character is already set - deals with various situations. The only common denominator, in my view, is me. I find it rather embarrassing that the two are often bundled together for PR activities. Maybe it goes to show how little I’ve achieved as an actor (laughs).

Do you ever feel pressured to surpass “A Hard Day”? You also won the best actor award for the role at the Baeksang Arts Awards.

I would be lying if I say I don’t feel that pressure at all. But at the same time, “A Hard Day” also gave me room to relax. As for the award, I think it’s just a bonus. I never act to win an award. What was meaningful is that winning the award got me thinking. I felt I didn’t deserve it. I thought of all the people who helped me get there.

“The Throne,” in which your wife, Jeon Hye-jin, appears, is also currently in theaters. Do you feel rivalry?

I was actually happy to learn that my film and [“The Throne”] were both playing at the same time, mainly because the two are such different films in terms of the weight that audiences feel. I hope people watch [“The Throne”] and then watch “The Advocate.” They won’t feel like they’ve wasted time (laughs).