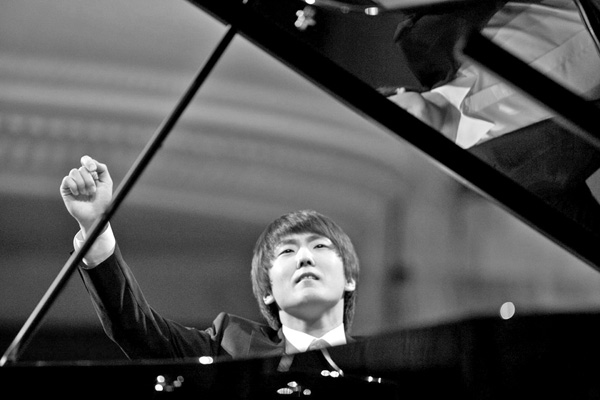 Filming of the Korean-U.S.-Chinese joint project “Drama World” is taking place in Seoul, with actors and staff from Hollywood. The protagonist is an American college student who is passionate about Korean dramas. Viki, a global TV site based in the United Sates, is producing the series to be aired next year. Viki has 40 million users worldwide, and Korean television shows are especially popular.

K-pop idols were once criticized for ruining the Korean popular music market. Now, the two genres that did not get much recognition domestically are enjoying tremendous popularity abroad.

Pianist Cho Seong-jin became the first Korean to win the 17th International Chopin Piano Competition. Along with the International Tchaikovsky Competition, it is among the most prestigious music competitions, and the honor is especially significant, since no Korean has won the competition before.

In the last few years, Korean musicians have increasingly ranked at the top in international competitions. In the 2011 Tchaikovsky Competition, five Koreans won awards, and British music commentator Norman Lebrecht said, “Is Korea the hottest musical nursery on Earth?”

In a survey of accomplished Korean classical musicians, respondents said musical talent, dexterity, Confucian culture and strict practice routines, parental devotion, the education system and the culture of aspiring for success were the biggest factors.

It is undeniable that the educational passion signified by strict practice routines and parental contributions led the musicians to perform flawlessly at competitions. However, this “extraordinary passion for education” is often cited as a problem in Korea.

What we often consider a weakness may turn out to be a strength. A friend recommended me a book titled “Now, Discover Your Strengths.” The title itself is inspiring enough.

While people often focus on their weaknesses to make up for what they lack, it is better to focus on strengths. In fact, it is a more realistic choice as people don’t change, and it is easier to reinforce strengths than overcome weaknesses.

We need to change the way we think about ourselves and realize our strengths.