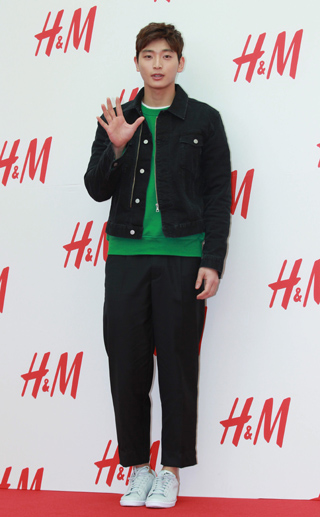 Singer Jeong Jin-woon, a member of the K-pop quartet 2AM, has landed a role in the upcoming drama series “Madame Antoine.”

According to multiple industry insiders on Monday, Jeong will team up with actress Han Ye-seul of “Birth of a Beauty” (2014) and actor Sung Joon of “High Society” (2015).

The new drama series will air on JTBC and centers on a love story between a fortune teller and a psychologist.

Jeong is reportedly playing a friend of the male protagonist who used to be an athlete.

The singer debuted in 2008 as a member of 2AM, but he has been pursuing an acting career on and off.

The last drama series he did was “Marriage, Not Dating” last year.

Meanwhile, there have been rumors that 2AM will disband, but members of the K-pop group have denied the rumors, saying that they will keep performing as 2AM.

Of the four members, Jo Kwon extended his contract with the group’s agency, JYP Entertainment, while the other three recently left JYP and signed contacts with other agencies.