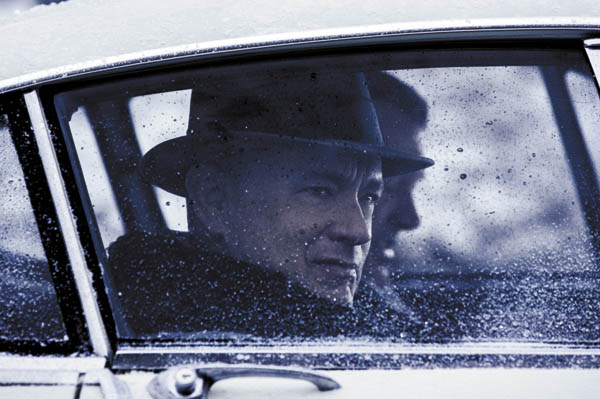 Steven Spielberg and Tom Hanks, the dynamic duo that produced numerous hit films like “Saving Private Ryan” (1998) and “Catch Me If You Can” (2002), are back with another thought-provoking film, with the help of brilliant screenwriters and three-time Academy award winners the Coen brothers.

“Bridge of Spies” is a historical drama inspired by true events that, with the Cold War as the backdrop, depict a war not of men in arms but information between the United States and the Soviet Union.

Hanks plays the role of James B. Donovan, an insurance lawyer who in an unlikely turn of events is entrusted with pulling off a very tricky task: defending Rudolf Abel (Mark Rylance), a Brooklyn resident suspected of being a KBG agent.

Things get even more complicated when the Soviet Union captures U.S. pilot Francis Gary Powers (Austin Stowell), and as a consequence Donovan is assigned to coordinate a prisoner exchange between Abel and Powers.

Despite all sorts of backlash, from piles of hate mail to his wife being ashamed to be related to a man working for a traitor, Donovan stands by his case not just because he is ordered to do so, but because he believes that “everyone deserves a defense. Every person matters.”

The title of the Korean film, “Wild Flowers” symbolizes the dangerously precarious lives of runaway girls.

With no home to turn to, they helplessly search for any shelter, even the basest kind, putting their lives at risk, while no one seems to offer any genuine sympathy or help.Based on the stories of girls the filmmaker has encountered in real life, director Park Suk-young depicts in his debut work the plight of three young women, Eun-soo, Soo-hyang and Ha-dam.

While Eun-soo and Soo-hyang save Ha-dam from an abusive man, they are still stuck in the pattern of searching for people to trust as they continuously search for a place to stay the night.

One day Eun-soo signs a lease for a new home. Even so, before the girls can fully bask in this new hope, an unexpected mishap stops them once again.

As the film unabashedly captures the almost never-ending struggles of these girls, their sorrow, and their relentless hope in spite of the harsh reality, it humanizes these characters and offers a chance for viewers to sympathize with these stigmatized aimless youths.

“Wild Flowers” confronts and calls attention to the calamity of teenage destitution in the streets of Seoul. 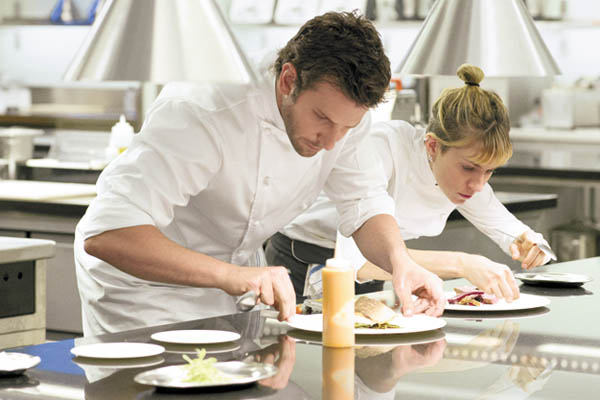 The new drama “Burnt” tells the story of a man who had it all, lost it, then does whatever it takes to win again.

The film keeps the viewers entertained with its heaping spoonfuls of wit and humor. At the very least, close-up footage of dishes and cooking scenes can stimulate their appetites.

Hollywood actor Bradley Cooper plays the role of Chef Adam Jones, an American expat in Paris. Previously the owner of a restaurant with two out of three Michelin stars, Jones has a meltdown and finds himself out of the kitchen due to his sour attitude and his substance abuse.

Having relocated in London, Jones sets out for a new start. One by one, he reaches out to acquaintances and friends, such as his old rival Michel (Omar Sy), his friend Tony (Daniel Bruhl), who has romantic feelings for him, and his former sous-chef Helene (Sienna Miller), who returns to stand by him despite their rough patches back in their old restaurant kitchen. With this new team under his belt, Jones aims for a second shot at the three Michelin stars.

The latest documentary directed by Asif Kapadia, who previously created the critically acclaimed documentary “Senna,” has proven to be another must-see.

Compiled using a series of never-before-seen video footage, interviews, unpublished recorded songs and more, “Amy” provides a full look into the short life of the English singer-songwriter Amy Winehouse, proving that she was more than what the tabloids and media have portrayed her as in the last few years prior to her death.

The film tenderly captures Amy’s greatest moments, such as the early days when Amy is just a North London girl, way before she adopted her signature black eyeshadow-heavy look; singing innocently and gracefully for a friend’s birthday; and showing genuine and insurmountable surprise when winning awards at ceremonies.

But it also unapologetically captures her worst moments, such as the virulent relationships with romantic partners and family members who exploited her fame for own means; the heartless tabloids and media that would overlook her musicality for her violent image and drug use; and her personal struggle with drugs and alcohol that ultimately took her life. 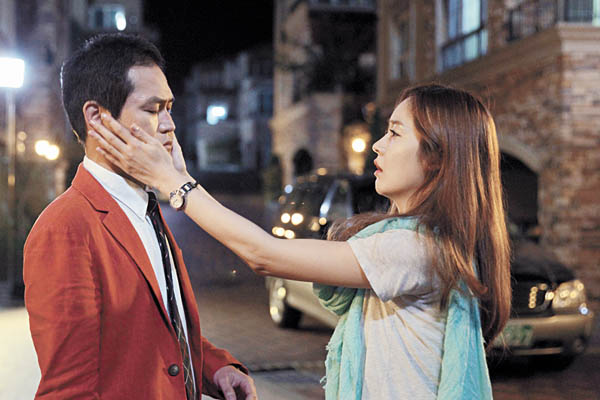 Is there something that you still keep in your heart? How about you say it now?

This is the message delivered in “Summer Snow,” a Korean film that aims to demonstrate so fully and poignantly the power of words, of admission of appreciation, atonement and love.

The film narrates discrete stories of three people’s lives that, once quotidian, turn around and impose challenges on them: a father (Ji Jin-hee), who single-handedly raises his daughter, has to cope with the harsh reality when her health is in critical condition; a young man (Kim Sung-kyun) assigns himself as the manager for a girl who he believes has the potential to become an actress and tries to hide the feelings he develops for her; and a former boxing champion (Kim Yeong-cheol), who challenges a colleague while both are admitted at the same hospital and is faced with regret when the match goes out of control.

As their lives become more complex, such complications provide a chance for them to reevaluate their lives, appreciate fully the things and the people they have taken for granted, and, most importantly, express those words of gratitude - even the simplest ones like, “I’m sorry,” “I love you” and “I thank you,” as the original Korean title suggests - rather than keeping them to themselves.

An internationally co-produced film, “The Lobster” depicts a fictional dystopian society, in which single people’s lives are in the hands of a hotel. 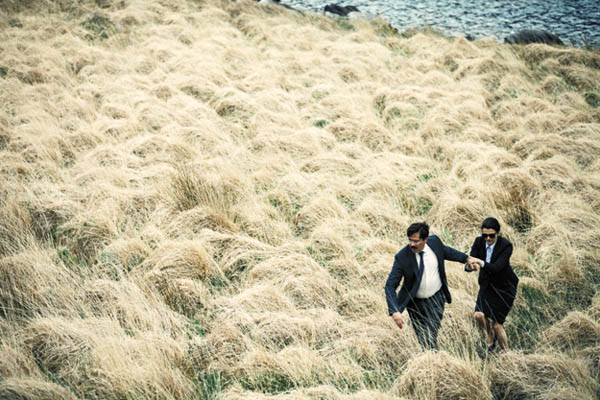 During each person’s 45-day-long stay at The Hotel, they must find a mate. If they succeed, they are given a month to try their relationship and are freed afterwards.

If they fail, they are killed and reincarnated as an animal of their choice.

David, brilliantly played by Colin Farrell, arrives at The Hotel along with his dog, which turns out to be his brother who had failed at The Hotel and therefore was reincarnated.

When interviewed what his choice of animal would be, David answers lobster, hence the title of the movie.

In the limited time that David is given, he must learn all the rules at The Hotel.

As everyone scrambles to find a way out of this place, David must strategize the best way of find a mate for himself on top of keeping tabs on a secret group that is planning a mutiny against The Hotel and the society as a whole.

Winner of the Jury Prize at this year’s Cannes Film Festival, this comedy drama presents a peculiar story line that may seem hard to swallow. Yet, with the brilliant performance of the all-star cast, which includes American actress Rachel Weisz, British actor Ben Whishaw, and French actress Lea Seydoux, the film remains compelling and is surely one of this year’s must-sees.