A first look at ‘The Handmaid’ revealed

A first look at ‘The Handmaid’ revealed 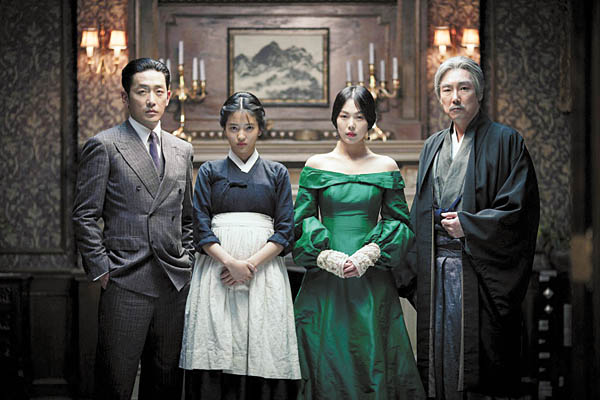 New details including the first officially released still photo have been spilled about Park Chan-wook’s latest movie, “The Handmaid.”

According to distributor CJ Entertainment on Wednesday, the much-anticipated mystery thriller finished its four-month filming schedule in October after beginning shooting in Kuwana, Japan, in June.

Since then, the crew has traveled to diverse locations in Korea, including places in Gangwon, North Chungcheong and South Jeolla, over the past few months.

“As much as it was a long shooting process, I believe I was able to generate that much more rich and diverse images,” said Park through a press release.

“I cannot wait to participate in the postproduction and complete the film,” he added.

A towering figure in the Korean film scene with numerous hits including “Old Boy” (2003) and “Sympathy for Lady Vengeance” (2005), Park has been on a hiatus since the Hollywood production “Stoker” (2013).

He is aiming for a return with “The Handmaid,” with another ambitious cast including Kim Min-hee, Ha Jung-woo and Cho Jin-woong.

The film is an adaptation of the Sarah Waters novel “Fingersmith,” but will be set in Korea during the Japanese colonial era (1910-45).

It follows the story of a woman (Kim), who inherited an enormous fortune, and a count (Ha) who hires a handmaid (Kim Tae-ri) to help him get his hands on the money.

The film is slated to open next year.