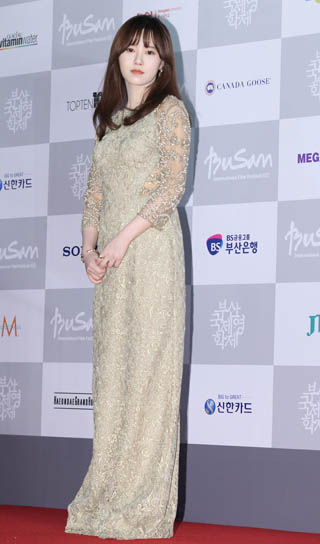 According to YG Entertainment, which represents the 31-year-old actress, Ku will appear in the Chinese drama series “The Legendary Tycoon,” which is based on the life of Run Run Shaw, a self-made entertainment mogul from Hong Kong.

YG said Ku will play a love interest of the tycoon.

Ku will soon leave for Hengdian, which is often referred to China’s Hollywood, and she will stay there for three months of filming.

YG said the film is a pan-Asian project as it features Chinese, Hong Kong and Korean actors.

Ku debuted in 2002 as a TV commercial model and she has been building up her career.

The actress also tried her hand at directing, writing, painting and singing.

Ku will hold her first concert on Nov. 21 at Understage in Itaewon-dong, central Seoul.

Ku has been releasing albums since 2009.

Since then, the actor-director has released seven mini-albums and two regular albums.