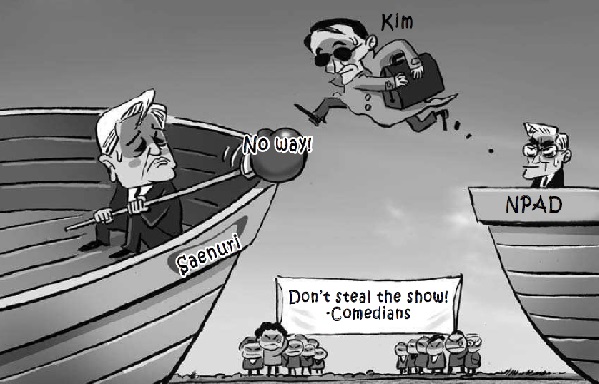 After Kim Man-bok, former chief of the National Intelligence Service under the liberal Roh Moo-hyun government of the Uri Party, the predecessor of the opposition New Politics Alliance for Democracy, attempted to join the ruling Saenuri Party to run in the next general election, the Saenuri isn’t keen to accept him.