Publisher backs down in IU debate

Publisher backs down in IU debate 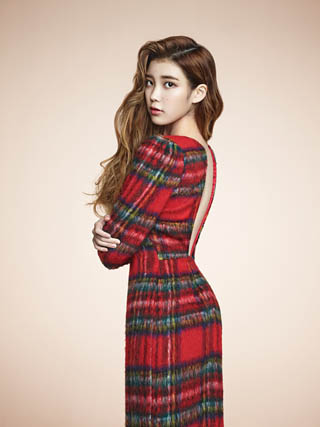 The controversy over singer-songwriter IU’s reinterpretation of a five-year-old fictional boy in sexual ways seems to have come to an end as a local publisher, which started the discussion, uploaded an apology onto its official Facebook page on Tuesday.

Dongyok, which published the Korean version of the novel “My Sweet Orange Tree,” wrote, “We apologize for neglecting diversity of interpretation. … We just want you to accept our previous posting as one of the opinions out there.”

The publisher initially took issue with IU’s lyrics for “Zeze,” a song that was reportedly inspired by the protagonist of “My Sweet Orange Tree,” an autobiographical novel by Brazilian author Jose Mauro de Vasconcelos.

“Zeze” is one of the tracks in the 22-year-old singer’s latest album, “Chat-Shire,” released last month.

In the original online post uploaded on Nov. 4, the publisher questioned the way IU interpreted the fictional boy. In the book, which is a recommended read for Korean students, Zeze is abused by his own family and takes comfort in talking to an orange tree.

The publisher argued that IU’s lyrics seem to interpret the mistreated boy differently: “You are pure, but you are sly. You look like a young child, but you are filthy.”

The publisher said, “People are able to interpret literature in their own ways, but we feel very sorry for [IU] seeing Zeze in that way.” 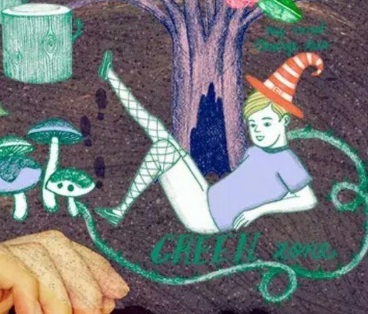 Singer-songwriter IU’s latest album, “Chat-Shire,” includes the song “Zeze,” which was reportedly inspired by the 5-year-old protagonist from the novel “My Sweet Orange Tree.” On the album’s cover, a young boy wearing fishnets poses like a pin-up girl in front of a tree. Some have criticized IU’s interpretation of the character for promoting pedophilia. [SCREEN CAPTURE]

The publisher made note of IU’s album cover, too. The illustration shows a little boy wearing fishnets and raising one of his legs into the air while sitting in front of a tree.

As some Internet users began to criticize IU for promoting pedophilia, the controversy exploded over the weekend with people inside the culture scene weighing in on the issue.

Culture critic Heo Ji-woong wrote on his Twitter account last Thursday, “No one, even a publisher, can offer guidelines on interpretation of a novel. Every piece of literature is rediscovered by each individual.”

Popular liberal author Lee Oi-soo begged to differ. He wrote on his Twitter on Friday, “If you go to galleries, you see signs that read, ‘Hands off.’ Why do they have such signs?”

IU eventually responded to the issue on Friday, saying that she “didn’t mean to reinterpret a young boy in sexual ways,” but many more voices, including a psychiatrist and one of IU’s fellow musicians, joined the debate.

At the same time, people have criticized IU’s music video for “Twenty-Three” for being full of sexual innuendos. [SCREEN CAPTURE]

In another tweet on Monday, Heo added, “If someone conducts pedophilic crimes or advocates them, then the law will punish him. But one can’t simply judge the issue just because they think [the lyrics] seem to have pedophilic themes.”

So Jae-won, who wrote the screenplay for the 2013 award-winning film “Hope,” which is based on the true story of an 8-year-old girl who was raped and beaten by a 57-year-old man, tweeted, “There is taboo even in the realm of art. If someone dragged my work into the forbidden area in the name of art, I would curse him.”

He also appeared on the CBS radio show “Kim Hyun-jung’s News Show” Monday morning and said, “All the music of IU has to be scrapped.”

Some Internet users even began a petition to pull the songs and videos from “Chat-Shire,” which they claim are full of sexual innuendos, from online music stores. As of Monday, the petition had 34,000 signatures.

When asked why the controversy over Zeze spread like wildfire, culture critic Kang Tae-kyu, who also serves as a professor of applied music at Gangdong University, said, “All these controversies show IU’s prominence in the K-pop music scene.”

He added, “No female singer-songwriter has had this level of clout in the music scene in the past decade. I personally want to know why the publisher raised the issue in the beginning.”

Dongyok, however, said it did not raise the issue for marketing purposes because the book has been a steady-seller.

However, sales of “My Sweet Orange Tree” have spiked in recent days, largely thanks to the recent controversy.

According to Kyobo Bookstore, the country’s largest book retailer, sales of the book jumped 5.7 times between Nov. 5 and Nov. 8 compared to sales between Nov. 1 and Nov. 4.