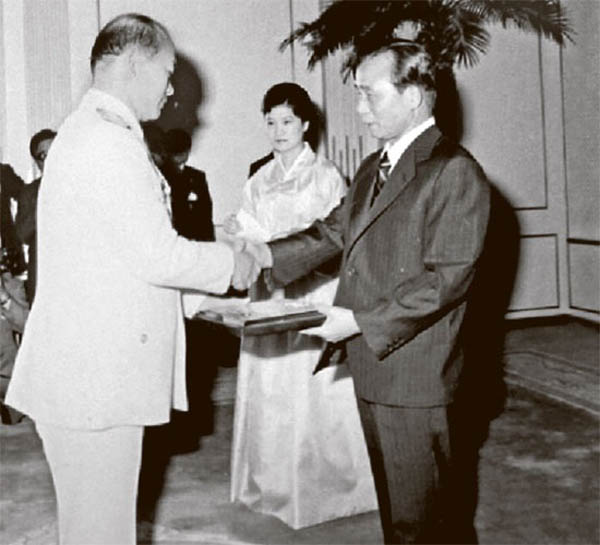 In the spring of 1980, large numbers of university students poured into the streets to rally against the government. The first tide of rallies began at Chosun University in Gwangju and soon spread across the country. At first, the students’ demands centered on reforming the opaque management of universities. But they rapidly transformed into political demands, such as a call for the end of martial law. Clashes erupted on the streets between policemen and young students. Police fired tear gas to quell the movement while students threw rocks in return. Over a four-day period starting May 13, 1980, hundreds of thousands of students filled the streets and marched together. On May 15, a young conscripted policeman at the site of a rally was fatally struck by a bus stolen by two young men. It wasn’t clear whether the two men who drove the bus were demonstrators. There was a rumor that the government plotted the incident to encourage anti-demonstration sentiment.

Protests intensified day by day. I thought the demonstrators were in too much of a hurry as the Choi Kyu-hah government was taking steps toward democracy, though it could have seemed overly slow to them. But the situation did not call for dramatic action by the students. It seemed to me there was some sort of force behind the protests that kept fueling anti-establishment sentiment. I worried that it could become an excuse for the military to put an end to all progress toward democracy in the name of stability.

On May 15, the Chun Doo Hwan military group mobilized 20th Division troops in Jamsil and Hyochang stadiums in Seoul following an approval from the United States Forces Korea. 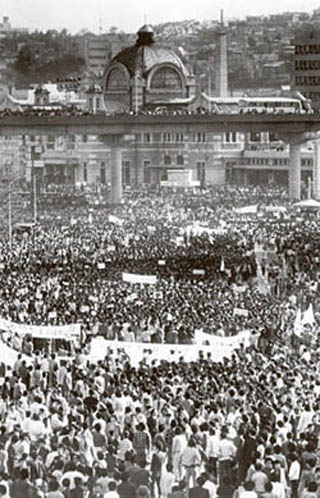 President Choi was on an overseas trip to Saudi Arabia, which I considered inappropriate given the seriousness of the situation unfolding in the country. As the situation got worse, Choi returned on May 16, a day earlier than initially planned. I had planned to visit the Blue House to discuss with Choi how to end the unrest on May 17. On May 16, I talked with party officials trying to come up with measures.

On May 17, the day I was scheduled to meet with President Choi, I went to party headquarters on Namsan and looked over reform proposals to be handed over to Choi. I got a phone call from Choi’s chief of staff, who told me Choi had cancelled all meetings with politicians. Sensing the gravity of the situation, I told party staff to stay home and be ready to pick up their phones at any time. I headed back home from the party headquarters in what would become my last visit there.

I was with party officials at home, playing a game of go and eating dinner. Out of the blue, former presidential security chief Park Jong-kyu visited my house. Just days earlier, he left the party and held a press conference during which he asked the new government to investigate me for corruption. Park had apparently sided with the Chun Doo Hwan group. It appeared Park had something to say. But he kept quiet and I did not try to probe him. We continued to play go. In hindsight, he was there to monitor me and prevent me from leaving home. What he did that day was dishonorable given all the help and opportunities I had given him over the years.

At 11:20 p.m., armed soldiers stormed into my house with M-16 rifles. A military official with the rank of first lieutenant, who was named Jang, told me, “I apologize sir. I need to escort you following an order from the upper chain of command.” He looked very nervous. I heard loud marching sounds downstairs. I couldn’t understand why over 20 soldiers were mobilized just to pick me up. They must have been very afraid and also highly aware that they were doing something they shouldn’t. It was clear that for the Chun Doo Hwan group, I was the top priority.

I told Lieutenant Jang, “Okay. I need to be a scapegoat huh? Let’s go then.” I followed the soldiers without resistance.

My wife, shocked to see what was unfolding, shouted, “Who are you people? Where are you taking him?”

I tried to ease her fright by saying, “Don’t worry. I will be back shortly. I have nothing to hide, everything will be fine.”

Park Jong-kyu, who had been at my house, was nowhere to be seen. I was taken to an interrogation room at the Army Security Command, where I spent the next 46 days being interrogated until my release on July 2.

What happened on May 17, 1980 was without doubt a carefully crafted plan by the Chun Hoo Hwan military group, which expanded martial law throughout the country. It then swiftly moved to arrest opposition politicians and civil activists it deemed a challenge to its authority.

I was taken away on corruption charges along with Kim Dae-jung, pastor Moon Ik-hwan and journalist Rhee Yueng-hui. Opposition leader Kim Young-sam was put under house arrest. The Chun Doo Hwan group banned all political activities and encircled the National Assembly with troops. The parliament was practically dissolved and a so-called national security emergency committee took over the three branches of government.

But there was a fundamental difference between Chun’s group and the driving force behind the May 16 revolution. We carried out the revolution with a firm determination to modernize the country through reforms. We proudly marched with a slogan of revolution because we had faith in what we did. Chun Doo Hwan and his faction simply sought power at a time when the country did not need military intervention as it did in 1961.

The flow of history might have been different if the three Kims ? Kim Young-sam, Kim Dae-jung and myself -- had agreed to work together to open a new chapter. But the first two Kims were both convinced they would be elected Korea’s next president and therefore refused to combine their strength. In the end, all of us were damaged by Chun. The Seoul spring that dreamed of changing the flow of history was bitterly crushed.