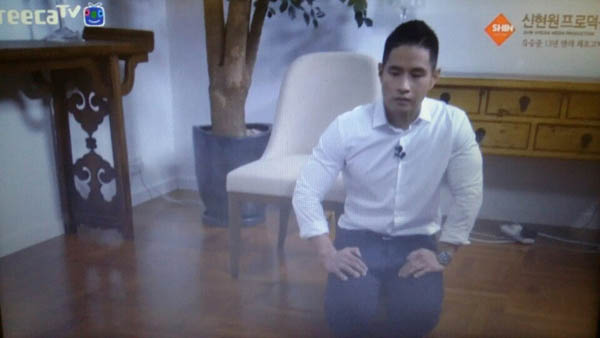 Korean-American singer Yoo Seung-jun, also known as Steve Yoo, filed a lawsuit against the Consulate General of the Republic of Korea in Los Angeles on Oct. 21 after the consulate rejected his visa application.

News of the singer suing the consulate was made public on Wednesday by the Seoul Administrative Court.

The Korean government stopped Yoo from entering Korea in 2002 after he gave up his Korean citizenship as a way to avoid mandatory military service. Since then, Yoo has not been allowed to enter Korea.

In filing the lawsuit, the 39-year-old singer reportedly claimed he is entitled to a visa because he is Korean-American.

Having debuted in 1997, Yoo was one of the top singers in the late ’90s. Although he had U.S. citizenship, the singer said he planned to enter the Korean military, a mandatory requirement for Korean citizens. He even underwent the necessary medical checkup.

In 2002, however, the singer left for the United States and gave up his Korean citizenship, during the height of his career.

The singer came under fire for lying, and the Military Manpower Administration banned him from re-entering the country in order to discourage others from following in Yoo’s footsteps. The ban remains in place to this day.

This is not the first time Yoo has attempted to return to Korea. The singer appeared on a live Internet show in May and apologized for dodging military service.

“I want to visit Korea with my kid,” he said. “If I could go back to my 20s, then I would join the military without hesitation.”

Many Internet users, however, commented that he only wants to return because he is now 40 in Korean age. Under military law, after turning 40, men are no longer responsible for military duty.

Responding to the recent lawsuit filed by Yoo, Kim Yong-du, a vice spokesperson for the Military Manpower Administration, told online news agency Star News, “He is an American who acquired U.S. citizenship in order to avoid military service. We won’t consider lifting the ban on him.”