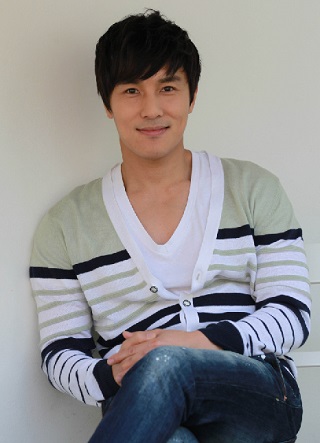 A second mini-album from Kim Dong-wan, a member of the first-generation K-pop boy group Shinhwa, is set to be released today.

Andy, another member of Shinhwa, is also featured on the album, lending his voice to the track “Good Night.”

With the release of the new album, Kim is planning to hold a solo concert at a small theater. The concert runs through Dec. 13 at Lotte Card Art Center Art Hall, located in Seogyo-dong, Mapo District, western Seoul.

The 36-year-old singer began his career in show business as a teen actor in 1996, and he later debuted in the music scene as a member of Shinhwa in 1998.

The singer has been appearing in drama series and films when not performing as part of Shinhwa.

The singer is currently appearing in the reality TV show “I Live Alone,” which spotlights the single life of male celebrities of various ages.

Meanwhile, Shinhwa is one of the country’s longest-running boy bands. Most of the other groups that debuted in the late ’90s have all broken up, but the six-member all-male group has been releasing albums continuously.

The K-pop group released its 12th regular album in February.