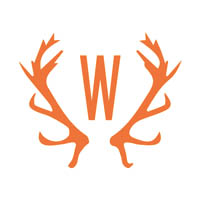 
When done right, there’s something enticing about male artists professing their love through song, guaranteed to stir great interest from the (mostly female) fans. Perhaps that was what Kim Dong-wan attempted with his new mini album, “W,” which consists of acoustic, lovey-dovey songs. But the execution is far from commendable, as the lyrics are too mawkish and the sound too mechanical for the conveyed message to come through as genuine.

To be honest, among the three featured tracks, the most disappointing track is the title track, “Du Du Du.” A typical serenade, the singer woos the subject of interest to come closer and reciprocate his feelings. Starting off with a string of “dus” is hackneyed and sets the corny tone of the song from the get go. The lack of change in terms of pace, rhythm and vocals makes it all the more uninteresting.

The other two tracks, “Goodnight” and “He Sunshine,” are better in comparison, but only by little. Saved by the serene acoustics in the background, the album overall is worth a listen, if you can bear the corny theatricality of these so-called love songs.