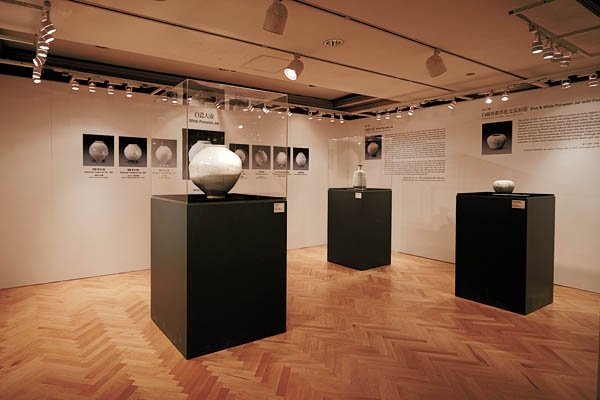 Seoul Auction, which held its 17th Hong Kong Auction at the Grand Hyatt Hotel on Sunday, sold 98 out of the 117 items prepared for the auction. The bid rate finished at 84 percent, with total sales of 31.5 billion won.

The painting “16-II-70 #147” by Kim Whanki (1913-64), regarded as one of the most important Korean modern artists and among the first generation of Korean abstract artists, recorded the highest bid in the Hong Kong sale by Seoul Auction on Sunday. It fetched 15.93 million Hong Kong dollars ($2 million). Its estimated value was 12-20 million HKD.

As anticipated, another notable item sold by Seoul Auction was “White Porcelain Jar” from the Joseon Dynasty (1392-1910). At 42 centimeters (16.5 inches) in height, it is the tallest Korean porcelain jar ever presented by Seoul Auction, the auction house said. It sold for a considerable 2.1 billion won, and its ownership was transferred from a Japanese collector to one from Korea.

“We’re grateful to have this national treasure of ours restored to the country,” Seoul Auction said in a press release, adding that it hopes that the jar will soon become a state-designated cultural property.

Likewise, “Lacquered Box Inlaid with Mother-of-Pearl,” a rare craft box and one of the very few works of art from the Goryeo Dynasty (918-1392) that exist today, was sold at 3,304,000 HKD to another Korean collector.

K Auction, which opened its event at the Renaissance Harbourview Hotel on Saturday, yielded a bid rate of 82.3 percent and total sales of 8.1 billion won.

The company’s highest-selling item was another painting by Kim Whanki, titled “On the Way Back.” Considered a critical work made at a turning point of Kim’ career, the painting was sold at almost 2.35 billion won. It was estimated to be worth 1.8-4 billion won.