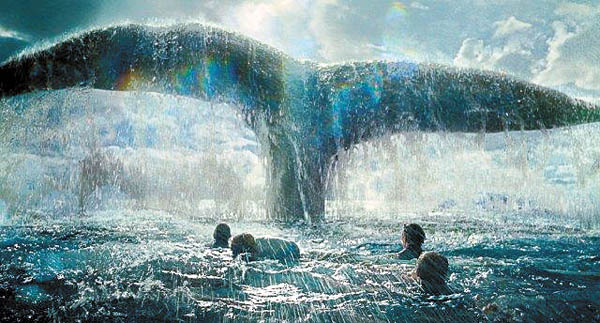 Readers who enjoyed Herman Melville’s “Moby Dick” are in for a treat.

Adapted from the eponymous nonfiction best-seller, “In the Heart of the Sea” is based on the true events that occurred in 1820-21 and inspired the genesis of Melville’s tale.

The film then goes back in time to when seamen like Owen Chase (Hemsworth) and Matthew Joy (Murphy) board a ship for a whaling trip in the winter of 1820. One day, out on the sea, they encounter an enormous whale and fury that splits the ship in half and sinks it.

But that is only the beginning of the trouble. For the remaining few that end up stranded in the middle of nowhere, they almost wish they hadn’t survived. Now they are faced with doing whatever they can to survive in the midst of starvation, panic and despair. 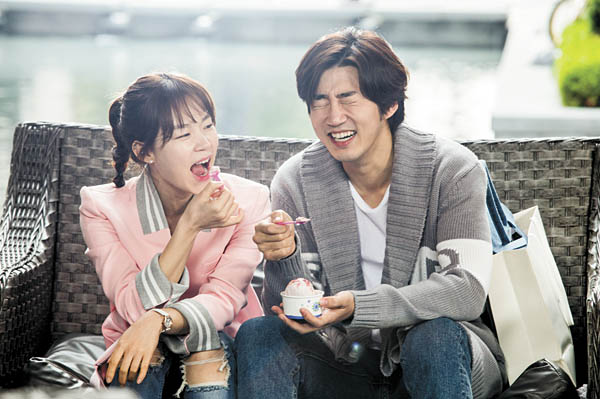 This comedy-drama that starts with a wedding is actually not about the married couple. Instead, it’s about the unlikely pair of the bride’s ex and the groom’s ex.

Two months after their break-ups, Jeong-hoon (Yoon Kye-sang) and Si-hoo (Han Ye-ri) reluctantly attend their exes’ wedding while still mending their hearts. Once they learn of one another’s relationship to the couple, they get drinks together after the ceremony. One thing leads to another and they end up spending the night together.

It could have been the perfect one night stand, only the night was too good to pass off as a one-time event. So the two devise come to an agreement that they will complete a cafe coupon together. The coupon requires 10 stamps to win a free gift. For each time they go to the cafe and receive a stamp, they would hook up.

But as the stamps accumulate, the two can’t help but develop feelings for each other. Meanwhile, Si-hoo’s now-married ex still lurks around, much to Jeong-hoon’s dismay. But such a reaction catches Jeong-hoon by surprise. Things start to go differently than planned, and it’s becomes difficult to tell what’s right.

Directed by documentarian Kim Jin-yeul, “Cruel State” addresses the pain and unanswered questions regarding the tragic incident of the Sewol Ferry sinking in April 2014.

The Sewol Ferry was on its way from Incheon to Jeju, carrying 473 passengers, most of whom were students from Danwon High School. The sinking of the ferry that day resulted in 304 total dead and missing.

The film offers a chance to hear the voices of those mourning. In particular, it features parents and friends of the students who died and depicts the dark shadow of grieving and loss cast over the school since the sinking.

It includes scenes of the families in demonstrations, calling out the inadequacy of the investigation and criticizing the irresponsibility on the captain and the crew’s part. They demand answers for what caused the incident, why the sinking had to occur as it did, and why the innocent children had to be the ones to die.

The documentary goes to show that, over a year since the event, there is still a lot of mystery left unresolved, much to the dismay of the bereaved. The film serves as a way to bring justice to those who suffered the most from the tragedy. 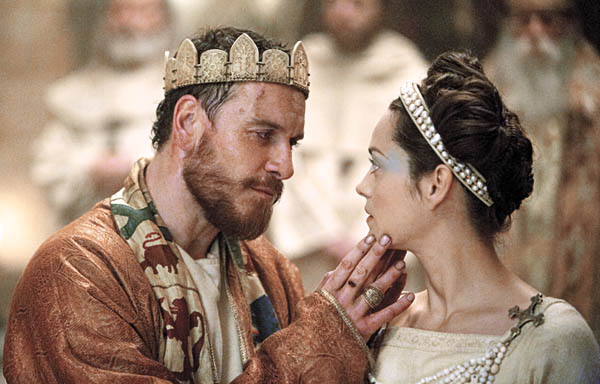 Versatile German-Irish actor Michael Fassbender, who recently starred in “Steve Jobs,” again takes the principle role of the film adapted from the Shakespeare play. Directed by Australian filmmaker Justin Kurtzel, “Macbeth” captures the tragedy of Macbeth who, engrossed in his unbridled ambition to become king at the expense of his morality, drives himself into madness and plight.

Next to Fassbender, renowned French actress Marion Cotillard stars as Lady Macbeth. At first a manipulative woman who chides Macbeth to stop at nothing, Lady Macbeth becomes guilt-ridden as an accomplice to Macbeth’s endless series of crimes.

Unlike the original play, which only alludes to Macbeth’s lack of child to succeed his rule, the film devotes much attention to this aspect. The film begins with a funeral scene of the Macbeth’s stillborn child. Their combined lust for power serves as a coping mechanism for their loss.

“Macbeth” was selected to compete for the Palme d’Or at the Cannes Film Festival last May and was released in theaters in the United Kingdom in October. In addition to a stellar performance by the leading actors, the film was praised for great makeup, costume and set design as well as cinematography.

The Swedish horror film, which received critical acclaim in 2008, has been digitally remastered and rereleased in theaters.

Based on the best-selling novel by John Ajvide Lindqvist, who also wrote the screenplay, the film demonstrates an idiosyncratic mix of scary and heartwarming, of childhood innocence and its disintegration.

Two principal characters are Oskar (Kare Hedebrant), a lonely boy, and Eli (Lina Leandersson), the new girl next door. Though both are 12 years old, their relationship is far from childlike or innocent.

It turns out that Eli is in fact a bloodsucking vampire. She lives with an older man named Hakan (Per Ragner), who poses as her father while helping hunt for blood. Right after their arrival, a series of murders occur in town.

It doesn’t take long before Oskar connects the dots, as he keeps tabs on reports of the mysterious deaths. Even so, the gruesome nature of Eli’s ritual doesn’t faze him, especially in comparison to the attraction he feels towards her. After all, Eli is the one “person” who demonstrates some sort of human compassion toward the lonely, fragile boy. And, underneath Eli’s savage facade, Oskar identifies with her own sense of loneliness. 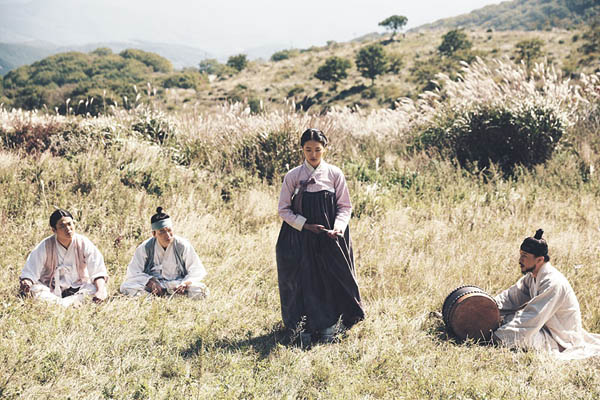 Set in the Joseon Dynasty (1392-1910), “The Sound of a Flower” has been generating buzz because it features K-pop singer Suzy in the lead role.

The film chronicles the life of Jin Chae-son, the first-ever female pansori singer. Pansori, or traditional narrative singing, was previously designated for males only.

Chae-son is an orphan brought up by a Korean geisha. Her favorite hobby is to secretly watch the pansori lessons taught by reputable master Shin Jae-hyo (Ryoo Seung-ryong).

She musters up the courage to confess to master Shin her passion for and desire to learn pansori. But Shin at first rejects her, reminding her that she as a girl can’t sing. Chae-son doesn’t give up, however, and after a few more rounds of begging, Shin finally takes her in as a pupil.

Though at first a triumph on Chae-son’s part, this opens up a whole string of obstacles and prejudices for her to overcome in the patriarchal society.

Lead actress Suzy is a member of the K-pop group Miss A. Aside from her singing career, she has previously appeared in TV and film, most notably “Dream High” and “Architecture 101.” Just as Chae-son breaks down barriers in pansori singing, with this role Suzy also breaks away from her image as a pretty-faced, oblivious girl.