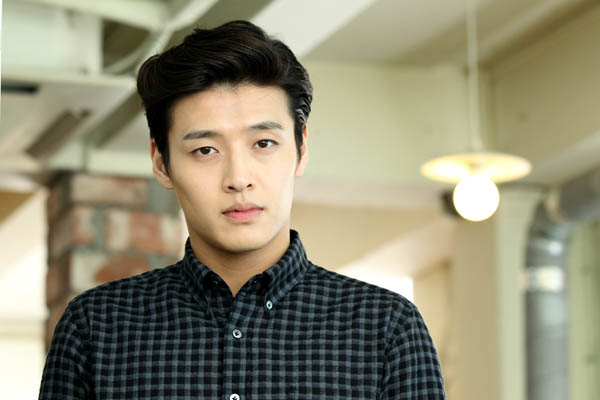 TvN, the show’s broadcaster, said on Friday that the actor left for Iceland on Nov. 26 and caught up with other actors, Jo Jung-suk, Jung Woo and Jung Sang-hoon, who had already flown to Iceland to film a new season of “Youth Over Flowers.”

“We wanted to cast Kang in the first place, but we couldn’t cast him because he had to attend the Blue Dragon Film Awards on the day we left for Iceland,” Na Young-seok, a producer of the show, told Ilgan Sports, an affiliate of the Korea JoongAng Daily, on Friday. “But we called him again and asked whether he still wanted to join us, and he said yes.”

Na said Kang’s appearance on the show was decided suddenly, and Kang left for Iceland wearing a tuxedo after the Blue Dragon Film Awards. “He didn’t have time to pack up. All he had was a black plastic bag with everyday necessities.”

“Youth Over Flowers” is a spinoff TV show of “Grandpas Over Flowers,” which films celebrities on overseas backpacking trips.

Kang debuted in 2006 as a musical actor, but he made a transition to film and drama series in 2011. He soared to stardom last year after appearing in the cable channel drama series “Misaeng,” which portrays company politics. The series was one of the biggest hits of last year.

TvN said it has not yet decided on an air date for the new season of the show.