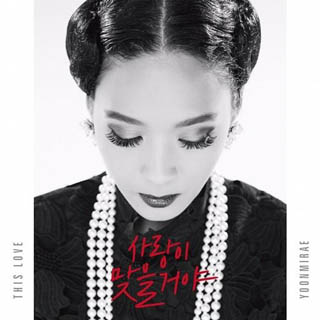 The agency said Yoon’s latest song is an R&B track and a sad love story.

The Korean-American singer with a husky voice began her career as a rapper at age 16 as part of the hip-hop group Uptown, but she has been singing R&B, with songs such as “Touch Love,” “Memories” and “As Time Goes By.”

But Yoon is undeniably the best female rapper in Korea. In 2011, she was chosen as one of the 12 Best New Female Emcees Dominating Mics by MTV Iggy.

She got married to her longtime boyfriend, Tiger JK, in 2008. She also performs as part of the hip-hop trio MFBTY with Tiger JK and rapper Bizzy.