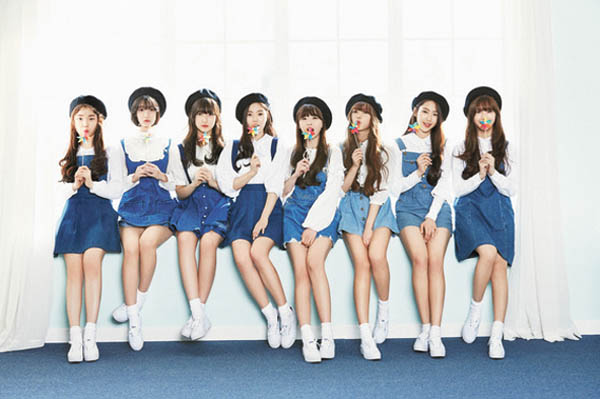 Newbie K-pop girl group Oh My Girl returned to Incheon International Airport on Friday morning after being held for 15 hours at Los Angeles International Airport.
WM Entertainment, the eight-member girl group’s agency, said the girl group was held at the U.S. airport because they were mistaken for prostitutes.
“We have appointed a lawyer in the states because we need a valid explanation for the unfair detainment,” a person working for WM Entertainment said.
WM added that Oh My Girl left for Los Angeles on Wednesday for photo shoot.
“A person working at immigration asked about the relationship between the girl group members and staff, and one of the staff members said ‘sister,’” a person working at WM told multiple local news agencies. “And the customs office thought it was weird because the girl group and staff members are not related by blood. The customs office also paid attention to a lot of props and clothes.”
Staff members reportedly tried to explain that they were visiting Los Angeles as singers, but they could not correct the misunderstanding at immigration, and the group and staff members’ smartphones were confiscated.
In the end, the girl group could not enter the United States and returned to Korea.
Oh My Girl released their first debut single in April, but the K-pop act is still largely unknown in the music scene.
BY SUNG SO-YOUNG