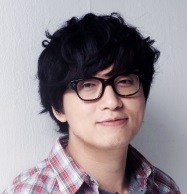 Lucid Fall is not the type of singer who likes to appear on TV shows to promote his albums. For the shy, soft-spoken singer-songwriter, TV appearances are an annual or biannual ritual.

Even if he does go on TV, the singer usually appears on a late-night TV music show that is not as popular as the prime-time shows that focus on the hottest young K-pop acts.

But the 40-year-old singer-songwriter recently went on CJ O Shopping, a TV home shopping channel, to promote his newest album, “For Somebody.”

The album includes a CD with 15 tracks, along with a fictional story written by the singer, a postcard set and 10 tangerines that the singer raised himself in Jeju, for a total of 29,900 won ($25.30). 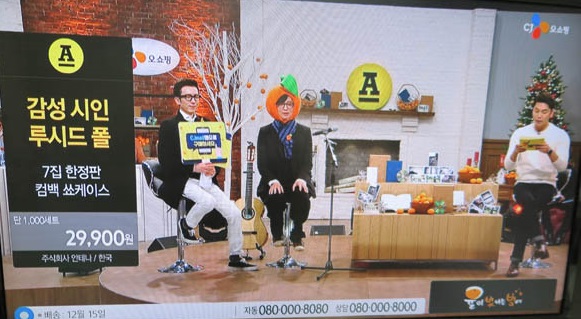 For the broadcast, which aired at 2 a.m. on Friday, the singer wore a tangerine-shaped hat and played the guitar while singing tracks from his new album.

At first, home shopping and the singer seemed like an unlikely pair, but Lucid Fall’s gentle, soothing voice turned the home shopping channel into a decent music show for a few minutes.

The singer also detailed how he came to write the stories for this album. While the show’s host, Lucid Fall and You Hee-yeol - a singer-songwriter and the head of Antenna Music, which represents Lucid Fall - discussed various topics, from the taste of tangerines to Lucid Fall’s new songs, all 1,000 of the limited-edition album sold out within 10 minutes. 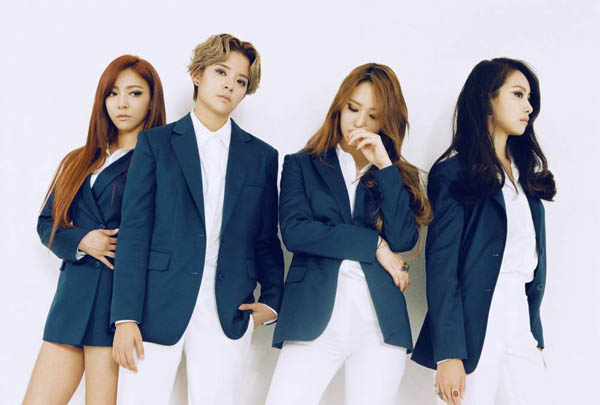 The promotional appearance was humorous and as fun as reality TV shows featuring popular comedians.

Some fans of Lucid Fall also found it a cute and witty way to sell CDs, but it was a serious attempt for the singer.

“The music market revolves around digital music, and music is consumed way too fast. They kind of evaporate the moment they are released,” Ahn Hyo-jin, head of the promotional team at Antenna Music, said.

“But for people who create music, CDs are still an important medium, and Lucid Fall wanted his music to be appreciated on CDs, not digitally. That was the main reason for him to come up with the package.”

Singer-songwriter Shin Seung-hun, who released his 11th regular album in early November, also said he wanted fans to enjoy all the tracks from his new album.

“I didn’t want people just listening to one title track out of my 12 songs,” Shin said at a press conference last month. “So I decided to release them in two parts.”

In order to survive in the highly competitive music market, agencies have been using increasingly creative promotional tactics.

SM Entertainment, which represents the K-pop girl group f(x), held an exhibition titled “4 Walls” in October prior to the release of the group’s new album of the same title. At the exhibit, various teaser videos were unveiled each day for only four hours, from 8 p.m. to midnight. 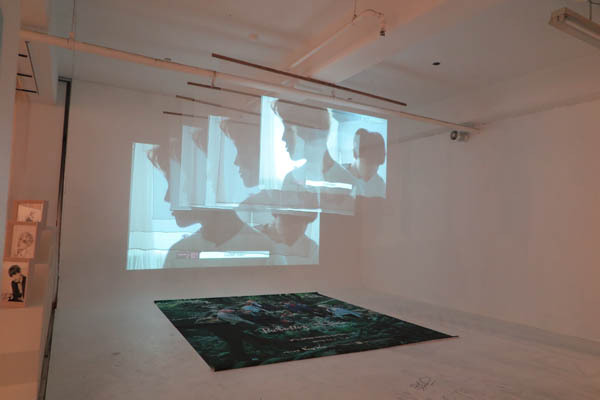 The exhibit included exclusive photos and video clips of the group. [SUNG SO-YOUNG]

The exhibition was organized to mark the release of the group’s new mini-album, “Hwayangyeonhwa Pt. 2.”

“It is an album promotion, but we also wanted to tell the whole story related to the ‘Hwayangyeonhwa’ album,” said Kang Seol-hee, an assistant manager for the public relations team at Big Hit Entertainment, the K-pop group’s agency.

The first part of the album came out in April, and the second part was released in late November.

“I feel like more and more musicians attempt to plan this type of promotion,” Kang added. “We believe this is a way of returning the love of our fans, too.”