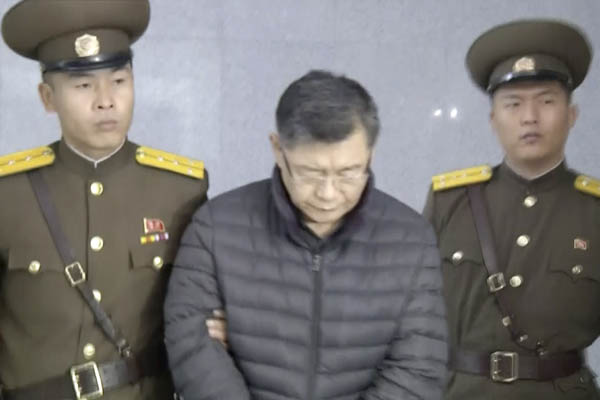 Hyeon Soo Lim, a pastor at the Light Korean Presbyterian Church in Toronto, is escorted to his sentencing on Wednesday in Pyongyang. North Korea’s Supreme Court sentenced him to life in prison with hard labor for what it called crimes against the state. Lim had been in detention since February. He previously appeared at a news conference in July organized by North Korean authorities in Pyongyang and admitted to plotting to overthrow the North Korean state. [AP/NEWSIS]