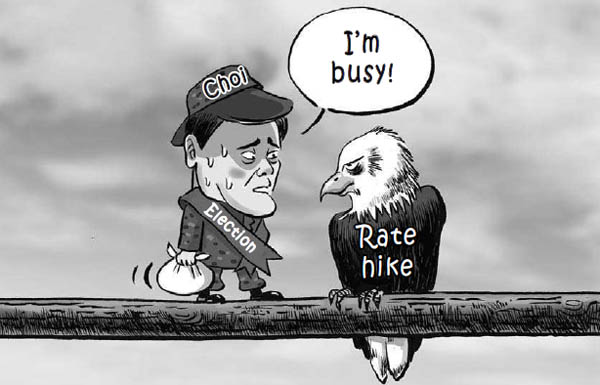 Finance Minister Choi Kyung-hwan appears more interested in running in April’s general elections. At a Mid-Term Strategy Committee on Thursday, he shrugged off the U.S. Federal Reserve’s decision to raise its benchmark interest rate by a quarter percentage point, saying it would have “a limited impact on our economy.”