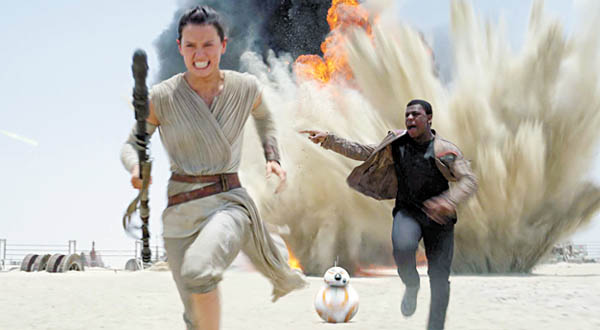 Contrary to what George Lucas previously stated in an interview a long time ago in a galaxy far, far away, the “Star Wars” saga did not end with the tragedy of Darth Vader.

Instead, filmmaker J.J. Abrams - who directed numerous sci-fi like the “Star Trek” and “Mission Impossible” franchises - is introducing a new trilogy, starting off with “The Force Awakens.”

The seventh installment of the series introduces a whole new set of characters. Most notable is the successor to Darth Vader and new face of the dark force, Kylo Ren (Adam Driver), who wears a black mask and outfit like his predecessor while also wielding his own lightsaber.

These heroes must work hand-in-hand with the new fighters and remind them of the stories of the Jedis and the Rebellion in order to protect the galaxy.

The movie has been one of the most highly anticipated films of the season.

The world premiere took place in Los Angeles on Tuesday, with many famed actors in attendance and dressed up as their favorite characters. 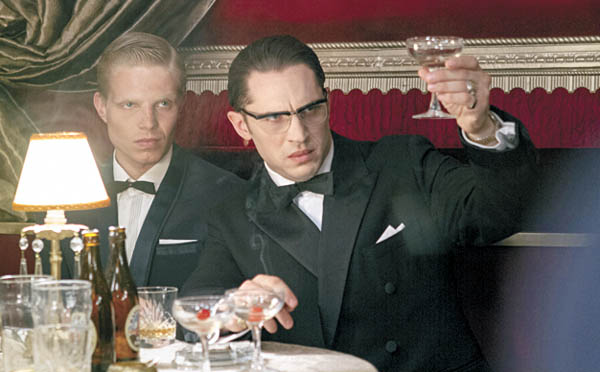 British actor Tom Hardy, well-known for his performance in “The Dark Knight Rises” (2012) as the antagonist Bane, appears as not just one but two evil characters in this biopic crime thriller.

He portrays both Ronnie and Reggie Kray of the Kray twins, who were the most notorious gangsters in London from the 1950s to the ’60s.

Reggie is a former boxer and now a leading figure of the underground criminal organization; Ronnie is in a psychiatric ward due to his pathological violence and instability.

But luckily for Ronnie, his brother is able negotiate and free him. The two join forces in maintaining control over their vast network of gangsters.

At first, the twins succeed in taking over a local night club. Reggie also wins the heart of Frances Shea (Emily Browning), the sister of one of the twins’ crime partners, leading to their marriage.

But problems soon arise. Convicted of past crimes, Reggie is sent to prison.

Unfortunately, Ronnie fails to run the club business on his own due to his pathological issues.

By the time Reggie is released, the club fails to profit much, his marriage with Frances crumbles, and the police dig deeper into their investigation, getting closer to putting an end to their gig. 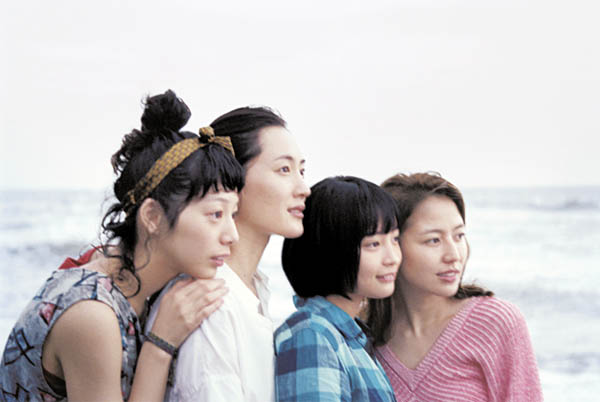 Hirokazu Kore-eda, a champion of family dramas who won the Cannes jury prize with “Like Father, Like Son” (2013), returns with another film bound to touch hearts.

Based on the popular manga by Akimi Yoshida, the film centers on the lives of sisters who discover and welcome a half-sibling from their father’s second marriage.

Whereas the original story unfolds from the point of view of the youngest sister, Suzu (Suzu Hirose), in the film it is told from that of the three older sisters, Sachi (Haruka Ayase), Yoshino (Masami Nagasawa) and Chika (Kaho).

Years ago, the father abandoned the girls to elope with a woman, Suzu’s mother, and later married a third wife after her death.

As such, when the trio first receive the news of their father’s death, they are unfazed - in fact Sachi attempts to avoid attending the funeral.

But miraculously all three go and meet the 13-year-old Suzu. Learning that Suzu doesn’t get along with her stepmother, the trio invite her to live with them instead.

While the girls enjoy catching up on missed times and memories, more troubles lie ahead.

A major blast from the past sets them off course, and they are left with no other option than to rehash past disappointments and resentment.

Gabriele Muccino, the director of “The Pursuit of Happyness” (2006), returns with another stirring family drama film. In a series of flashbacks, it depicts the complex relationship between a father and a daughter, and its impact on the life of the daughter who is now grown up.

Russell Crowe appears as Jake Davis, a best-selling author who copes with being a widower and a single father. He writes about his daughter Katie in his work.

However, as symptoms of his illness worsen, Davis is faced with the choice of leaving Katie under her relatives’ care and putting a great distance between her and himself.

In the present, adult Katie, played by Amanda Seyfried, struggles to connect with people. She sees a therapist, who prods into her past and inquires if she has ever loved.

One evening, a young man named Cameron (Aaron Paul) recognizes her. He calls her “potato chip,” a nickname used in her father’s book, and identifies himself as an avid fan.

As sparks begin to fly between the two, Katie, reminded of her fears and disappointments, doesn’t know if she can trust herself, move on from the past and be open to new possibilities with Cameron.

Readers who enjoyed Herman Melville’s “Moby-Dick” are in for a treat.

Adapted from the eponymous nonfiction best-seller, “In the Heart of the Sea” is based on true events that occurred in 1820-21 and inspired the genesis of Melville’s tale.

The film then goes back in time to when seamen like Owen Chase (Hemsworth) and Matthew Joy (Murphy) board a ship for a whaling trip in the winter of 1820.

One day, out on the sea, they encounter an enormous whale that in a fury splits the ship in half and sinks it.

But that is only the beginning of the trouble. For the remaining few that end up stranded in the middle of nowhere, they almost wish they hadn’t survived.

Now they are faced with doing whatever they can to survive in the midst of starvation, panic and despair.

The all-time favorite Christmas romantic comedy is in theaters once again.

Originally released in 2003, the film delves into the lives of 10 separate couples. But as the stories unfold, they begin to overlap with one another as the characters converge and diverge.

More importantly, what binds these stories altogether is their encounters and conflicts of love in the midst of the Christmas season. The film starts from five weeks prior to Christmas and leads up to the holiday, with an epilogue that takes place a month later.

The movie has remained popular in Korea since its release, consistently voted as one of the must-watch films around this time of year.

In 2006, members of the popular variety show “Infinite Challenge” did a cover of the film’s song, “All You Need is Love.” More recently, the movie regained attention in 2013 when guitarist Lee Sang-soon used the song as background music when proposing to singer Lee Hyo-ri.