E-Mart to strengthen its own product line

E-Mart to strengthen its own product line 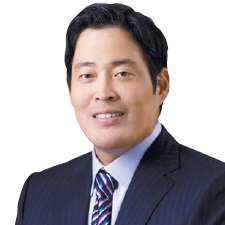 E-Mart, the country’s top discount chain, plans to transform next year from a supermarket retailer into its own product developer.

The company has established a task force to develop various items and will focus on featuring its own brand of products.

The team will be headed by Chung Yong-jin, vice chairman of Shinsegae, the retail conglomerate that owns E-Mart.

“E-Mart should be reborn as a company specializing in product development and outsourcing, though it has been a retailer based on brick-and-mortar stores,” Chung said in a recent executive meeting. 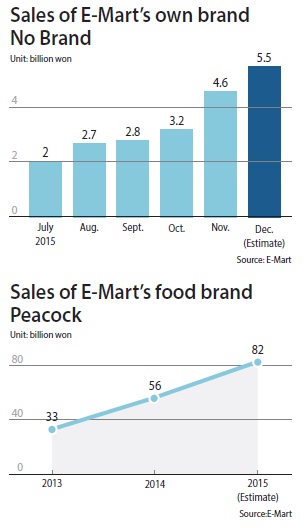 The move is intended to keep the company competitive amid stiff competition from retailers such as Homeplus and Lotte Mart.

Pushing down prices on products can put a strain on the profit margins of discount chains. But profits from selling their own labeled products translates into their own revenue.

In developing their private brands, retailers typically join with overseas manufacturers to outsource resources and ultimately save costs.

“To generate Shinsegae Group’s sales target of 88 trillion won [$74 billion] by 2023, E-Mart should increase its competence as a product developer,” he said in the meeting.

“We need to distinguish ourselves from competitors by planning more novel items for the global market.”

Under the vision laid out by the scion of Shinsegae’s founding family, E-Mart will set up a new team consisting of staff from marketing, design and quality assurance divisions to develop private brand products.

E-Mart is already betting big on the move.

Back in August, the retailer launched its own “No Brand” label, with lines ranging from wet tissues to potato chips.

The notable feature of the label is cheaper prices as E-Mart managed to slash costs on non-essential areas such as packaging. The partnership with manufacturers based in Southeast Asia kept prices down further.

“To cut down on retail prices, we sought a partnership in the Southeast Asia region, where price-competitive manufacturers are clustered,” said Noh Byung-gan, head of the No Brand product development division at E-Mart.

The manufacturer was not enthusiastic about the deal initially, but Shinsegae persuaded the maker to get on board by promising bulk orders and standardizing product packaging.

No Brand’s wet tissue has become the top-selling item in the product category, selling 1.75 million packs in three months of the release.

E-Mart is also looking at another food-specialized brand named Peacock as a primary source of revenue for the coming years. Peacock products can be instantly cooked with hot water for a simple meal tailored for singles. The label now has some 500 varieties, but that will increase to 1,000 next year, according to E-Mart.