Tesla prepared for landing in Korea

Tesla prepared for landing in Korea 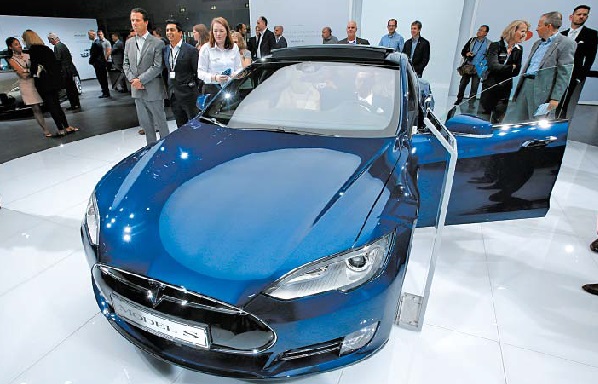 A Tesla Model S sits on display on Sept. 15 at the Frankfurt Auto Show in Germany. [AP/NEWSIS]

After months of rumors, American premium electric vehicle producer Tesla Motors is poised to enter the Korean market, the registry system of the Supreme Court of Korea confirmed on Friday.

Repo became vice president of global tax in April 2013, while Maron joined Tesla Motors as deputy general counsel in September 2013, according to their social media profiles.

Tesla’s notice in July on its homepage about recruiting a vice president of sales for Korea and Japan triggered rumors about its imminent entry into Korea. CTO JB Straubel made it clear during his visit for a keynote speech at a forum in Ilsan, Gyeonggi, on Nov. 18, that the company was planning a foray into Korea but refused to elaborate further. Tesla already operates in China, Japan and Hong Kong.

Its Korean operation has set aside a starting capital of 100 million won ($84,530), and its office will reportedly be located in a building near Seolleung Station in southern Seoul - a neighborhood packed with high-tech companies and start-ups. The purpose of the corporation, according to the corporate registration document, is for importing, circulating and selling vehicles and related parts, as well as providing services.

But there is a slim chance Tesla will immediately put up for sale here its two models currently available, the Model S five-door liftback and the Model X SUV, given that Korea is in infancy when it comes to electric vehicles and related infrastructure.

Experts predict Tesla will kick off sales in the first half of next year at the earliest, when the luxury automaker led by visionary entrepreneur Elon Musk will be ready with its own network of free charging stations.

Korea, the world’s fifth-largest vehicle producer, has 337 state-run charging stations for electric cars nationwide. Only eight fully electric vehicle models are running on the Korean road, including two from Kia Motors, one from Renault Samsung and one from GM Korea. BMW’s i3 and Nissan’s Leaf are also available.