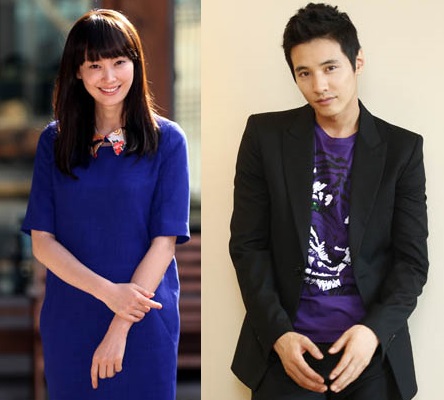 Eden 9, the entertainment agency that represents the celebrity couple, said on Saturday that Lee had recently given birth to a baby boy at a hospital in southern Seoul. The agency did not specify the date of the delivery.

“Both the mother and baby are in good condition,” the agency said.

The two wedded on May 30 in Won’s hometown of Jeongseon County, Gangwon, where his parents still reside.

Local news outlets reported that Lee was pregnant when the couple married, though the couple denied those rumors.

The baby was born seven months after their wedding.

On Sunday, the local monthly magazine Woman Sense teased its January edition and announced it would include an exclusive on the couple’s life so far as new parents. Lee and Won are currently staying in Jeongseon, the magazine said, and Won’s parents regularly visit the house to bring baby supplies.

The celebrity pair is often referred to as Korea’s answer to Brangelina, the portmanteau for Hollywood power couple Brad Pitt and Angelina Jolie.

Both Won and Lee are currently taking a break from their acting careers.

However, the two continue to work on television commercials.