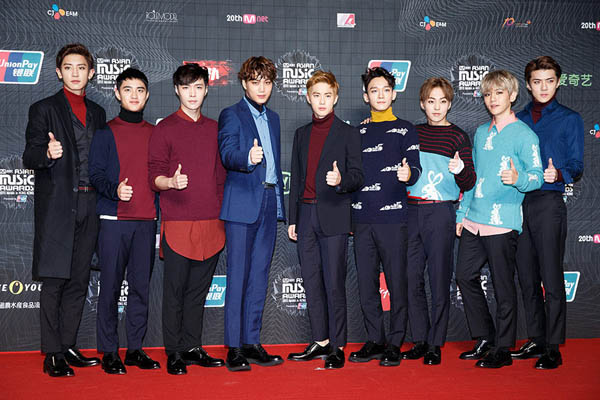 The K-pop boy band Exo achieved a massive feat this year, managing to place on two year-end lists from Billboard.com.

According to SM, the group was the only Korean act to make both lists.

Exo released “Exodus” in July, releasing a repackaged version of the album, “Love Me Right,” in November.

Many K-pop acts choose to repackage their tracks for marketing purposes, changing the cover of their previous albums and adding one or
two new singles.