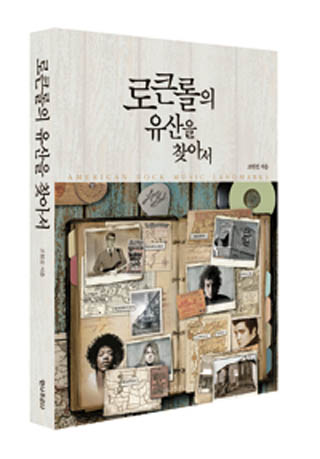 Just like the saying “home is where the heart is,” a visit to an artist’s home is almost always a good way to gain a broader understanding of the artist’s oeuvre.

And it’s not just true for the home, but for other places dear and meaningful to the artist.

The same goes for musicians.

These include U.S. Route 61, which runs from New Orleans, Louisiana, to the city of Wyoming, Minnesota, and which inspired Bob Dylan; Sun Studio in Memphis, Tennessee, where Elvis Presley (1935-77) recorded his first song at just 18 years old and fresh out of high school; and Baptist Town in Greenwood, Mississippi, where Robert Johnson (1911-38) and Honeyboy Edwards (1915-2011) spent a significant amount of their musical careers.

Cho - currently a distinguished professor and also executive director for strategic planning and external affairs at Kookmin University - grew up listening to and in love with American rock ’n’ roll like many others of his generation.

But what makes him - and his book - different from others is that he grew up to be a specialist in overseas public relations for Korean culture. He began his career as a journalist, working as a reporter for the YTN network, a Korea correspondent for Billboard and news chief at Arirang TV.

It was while Cho was writing for Billboard from 1999 to 2002 that he reported on the Korean music scene, in fact using the word “K-pop” for the very first time. At that time, K-pop barely got any international attention. He then served on the Blue House public affairs team during the Lee Myung-bak administration.

After his stint at the Blue House, Cho decided to do what he loves and what few people have done: to travel around and visit the main landmarks of American rock ’n’ roll. He detailed his journey in a series in the JoongAng Sunday and also in an SBS documentary program. And through his adventure, he sought to present a vision for K-pop, which he believes has tremendous potential as a cultural content. 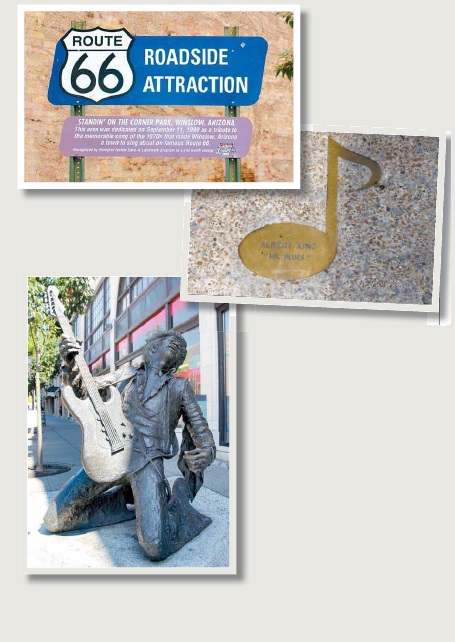 Cho Hyun-jin, who used to write about K-pop for Billboard, visited important landmarks for American rock and roll all across the U.S. Clockwise from left: A statue of Jimi Hendrix (1942-70) in Seattle; U.S. Route 66 in Winslow, Arizona; and an Albert King (1923-92) memorial in Memphis. [CHO HYUN-JIN]

“This book examines the past, the present and the future of American rock ’n’ roll, but what I wanted to emphasize the most is the future,” Cho said at a gathering to celebrate the publication of his book.

He said he allocated more pages for the central part of the United States, the region where the blues was born - a fact less known among Koreans. He also tried to highlight artists like Robert Johnson and Buddy Holly (1936-59), who played a pivotal role in the formation of rock music but again are little-known to most Koreans.

The event, attended by about 50 dignitaries, was held on Dec. 21 at the American Center Korea, the U.S. Embassy’s reference and research provider, in Yongsan District, central Seoul.

Cho said the venue is appropriate given that American culture, music included, initially spread to Korea through the Eighth U.S. Army, also based in Yongsan, which is the commanding formation of all U.S. Army forces in Korea.

“This is cultural diplomacy at work. This is bringing our people together through a very fun, exciting part of American culture,” U.S. Ambassador to Korea Mark Lippert, who was also present at the event, said in his congratulatory message.

In the epilogue, Cho wrote that it’s time now to develop K-pop as cultural content and a tourism resource, taking cues from American rock ’n’ roll. “As I visited one landmark after another, I felt excited, I was awed and I also shed tears,” he wrote.

But he said the feeling that was the strongest and that still lingers in his mind is the excitement at the realization of immense possibility for K-pop. “The starting point can be a museum and hall of fame for K-pop,” he wrote, adding that the government, local residents and the artists also need to support this effort, while not necessarily leading it. He added that professional curating, creative storytelling and systemized record-keeping are a must for building these facilities the right way. 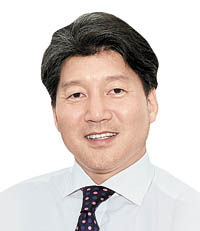 “There’s no reason now - and no excuse either - to further delay building a museum and a hall of fame for K-pop,” he said.