The reinvention of hip-hop music, the resurgence of music from the good old days and the manipulation of online music charts by entertainment agencies were some of the big issues that made headlines last year in the music scene.

After a year of ups and downs, here is a look ahead to what the Korean music industry has to offer in 2016.

Singer-actor Rain and his once archrival Se7en are on their way to making a comeback.

“You can expect a new album from me between March and April,” Rain told his fans during a recent concert in December. He said his new album will “have all the elements people expect from Rain.”

Se7en is also amping up his presence in the music scene. He recently held concerts at five cities in Japan to mark the 10th anniversary of his debut. The release date is not yet fixed, but he is set to roll out a new album within the first half of this year.

Rain debuted in 1998 while Se7en broke into the music scene in 2003, but the media loved to compare the two as rivals.

Indeed, the two have many things in common.

Both of them soared to stardom with their powerful and dynamic dance performances. For example, Se7en used to dance while wearing Heelys, or sneakers that have wheels on the bottom, in promoting his song “Come Back to Me” in 2003. Every kid and teenager in Korea sang and danced along to his song while wearing Heelys.

In the same year, Rain took the music scene by storm with his medium-tempo dance tune “How to Avoid the Sun.”

But their careers began to go downhill around the time they served their mandatory military duties.

Se7en came under fire for visiting an adult massage parlor while serving in the military in Chuncheon, Gangwon, in 2013. Since the singer was in romantic relationship with actress Park Han-byul for more than 10 years back then, the scandal tarnished his public image even more.

Rain was also criticized for going out on dates with his actress girlfriend, Kim Tae-hee, several times while he was in the military.

Such activities are legally prohibited while serving in the military.

But Rain and Se7en each recently launched their own agencies in a move to recapture their former glory.

MC Mong will release an album this year, too.

He has been out of the spotlight for five years due to a draft-dodging scandal. Although the singer-rapper was cleared of all charges, he did not make any TV appearances after releasing his first album in five years in 2014.

It is still unclear whether the musician, who ruled the music scene in early 2000s, will make a TV appearance this time.

New K-pop acts will be added to the nation’s cutthroat and saturated music industry this year. 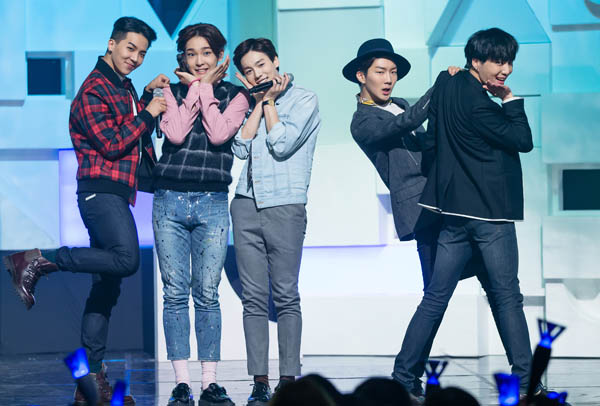 Starship Entertainment, which is home to K-pop acts such as Sistar and K-Will, has signaled that it will unveil 12-member girl-group Woojoo Sonyeo, or Cosmic Girls, this month. The girl group consists of Korean and Chinese members.

Starship has joined hands with Chinese agency Yuehua Entertainment for the project.

Upon their debut, Cosmic Girls will reportedly promote their album by shuttling between the two countries.

FNC Entertainment, which represents CNBLUE, also teased the debut of a new boy group this year.

Boy group Winner is all set to come back this year. They recently finished shooting a music video in Sweden.

Music critic Choi Kyu-seong said the music from boy groups will be much more mature and deep this year.

“I was one of the judges for the 2015 Mnet Asian Music Awards, and I was surprised to realize the music of Korean boy groups has been upgraded a lot when I was judging for the awards. 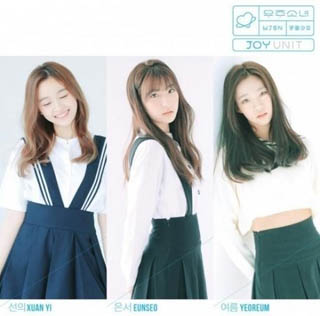 “Many independent musicians stole the spotlight when they appeared on TV audition shows [last year], and their music impressed the heads of major entertainment agencies,” the critic continued.

“Now major entertainment agencies try to produce boy groups with much more emphasis on music and originality rather than visual images. Idol music has been disparaged for so long, but we can’t think like that anymore. Girl groups should not resort to sexy outfits anymore, either,” Choi added.

Thanks to TV shows and drama series such as “Reply 1988,” which heavily feature music of the 1980s and ’90s, songs of the past are getting renewed attention from music fans of all ages.

And music critics say this retro mood will continue for a while.

“If the old music only appeals to people who grew up in the ’80s and ’90s, we could see it as a passing trend, but retro music captivates much younger music fans. We have to take note of it,” said Lee Taek-gwang, a culture critic and a professor of English literature at Kyung Hee University.

“It means that music from the past moves the hearts of wider audiences.” 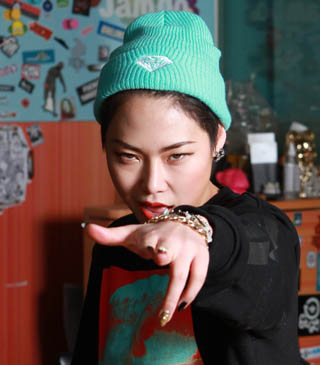 Many hip-hop audition shows such as “Show Me the Money” and “Unpretty Rapstar” earned admirable viewership last year. Riding on the popularity of such shows, Korean hip-hop musicians are planning to release new albums this year. These include Jessi and Cheetah, who competed on the first season of “Unpretty Rapstar.”

Yezi, a member of the girl-group Fiestar, who appeared on the second season of “Unpretty Rapstar,” will release a solo album this month.