Can romance bounce back at the box office?

Can romance bounce back at the box office? 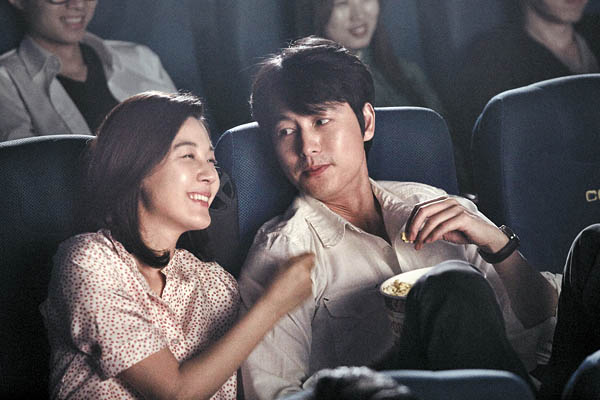 But only certain genres benefitted from the prosperous industry, such as actions, thrillers and tear-jerking family dramas.

Romance, on the other hand, was nowhere to be seen. This phenomenon has been going on for quite some time. Not only were there no traditional romance movies released at the box office, but those which roughly revolved around romantic relationships were neglected.

In an attempt to turn the tide this year, two distinctive films that purely ponders the meaning and value of love are coming to theaters this month as the weather turns frigid.

While each film possesses strengths that could revitalize the overlooked genre, it remains to be seen if these traits are strong enough to change the general trend. In order to more effectively show their strong and weak points as well as their chances in the box office, the Korea JoongAng Daily has conducted a SWOT analysis.

A man named Seok-won (Jung Woo-sung) loses his memory of the last 10 years after getting into a severe car accident. The memories of his work, colleagues, family and most importantly his lover remain only as blurred images and now he is confused about his life. Then one day, a slightly offbeat but a charming woman named Jin-young (Kim Ha-neul) crosses his path, and the two fall for each other shortly afterward and plan to marry. However, with Seok-won’s memory coming back sporadically bit by bit, their new relationship is in peril.

The biggest strength of the film is arguably its unrivaled cast, with top actors Jung and Kim.

There have been charming and competent actors in the film scene who come and go over the years, but Jung has firmly remained at the top of the heap since he debuted in the early ’90s.

It is nice to see him play a tough guy in action films and thrillers, which have been his main focus recently, but nothing would warm the hearts of fans like as seeing him in a touching romance movie.

Another strong point of this film is its visual style that is reminiscent of a scene in a music video with its smitten tone that serves to maximize the story’s overall mood.

Frequent close-up scenes of each actor contribute in making this movie ever more sentimental.

Against all odds, the film is generating a lot of word-of-mouth buzz, especially because actor Jung revealed his personal motivation behind participating in the film as a producer.

At a recent press event, Jung said that he decided to collaborate with newbie director Lee because he believed it was his responsibility to work with junior cineastes so they can further grow in the industry without losing their distinctive style.

A good deed like this coming from an influential figure in the film industry like Jung will definitely motivate movie fans to see how their collaboration has turned out.

Despite the romantic, soft-colored visuals, the story’s flow is not as smooth as it could have been, perhaps because it is a feature directorial debut for Lee Yoon-jeong, who extended the shorter version of the film after winning an award at the Mise-en-scene Short Film Festival in 2011.

With the mysterious characteristics of Jin-young being concealed until the very end of the story, the audience may grow impatient. And to make matters worse, that big secret the film is so desperate to hide couldn’t be further from surprising. Those who have seen one or two tearjerkers will instantly guess what the big twist is.

Also, the dominant theme lacks novelty as it resembles Jung’s previous work, “A Moment To Remember” (2004), in which he played a husband of a woman suffering from amnesia.

The biggest threat for “Remember Me” is the fact that a traditional romance movie, accompanied by sugary lines and tear-jerking moments, hasn’t done well in theaters for quite some time.

Last year’s box office failures of “Snow in Sea Breeze” and “The Shameless” prove the case.

The best performing among similar genres have been rom-coms, but those too has been suffering, overwhelmed by larger, splashier films.

Whether “Remember Me” could turn their biggest threat into their one-and-only opportunity or become yet another victim of the latest box office trend remains to be seen.

Soo-jung (Moon Chae-won) has been dating the same man for 10 years. Although their relationship is in crisis, for her, having a boyfriend means not even interacting with a strange man. Then along comes a man named Jae-hyun (Yoo Yeon-seok), who with his charming looks and personality seems like a Casanova. The two coincidentally sit next to each other on a train to Busan and Jae-hyun proudly declares that he is going to sleep with her. Of course, Soo-jung is disgusted. But luck seems to be on Jae-hyun’s side as Soo-jung’s determination starts to soften. 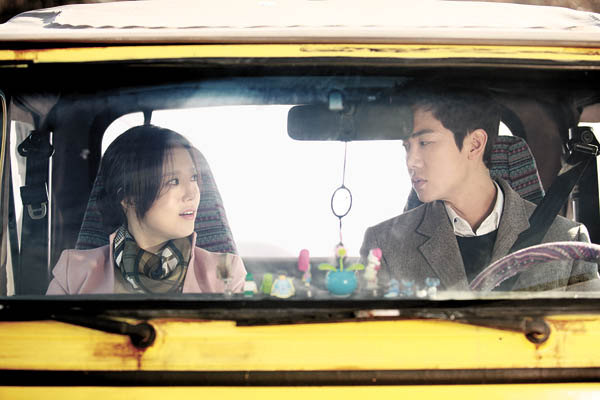 “Mood of the Day”

The film’s provocative and direct way of addressing the issues of romance and sexual relationships among the younger generation these days will definitely pull in the moviegoers, most of whom are in their 20s and 30s.

Despite it being a feature directorial debut for Cho Kyu-jang, the emotional flow of lead characters is convincing and smooth while the development of the story is speedy.

Also, with juicy sidekicks like Jo Jae-yoon and Kim Seul-gi stealing scenes with their slapsticks and hilarious lines, the film never gets boring.

There is no doubt that the two leading actors - Yoo and Moon - are among the hottest young stars in both the film and drama scenes.

However, it hasn’t been long since they moved up from playing quality supporting roles to the titular ones.

While their ticket power hasn’t yet been proven, having them as the film’s main faces seems a bit experimental.

Also, approaching the subject of love and relationships in a light way that seems even imprudent at times has been seen in film before in last year’s “Love Forecast,” and its lead role was taken on by Moon as well.

At first glance, the theme and ambience of the two features seems very much alike, which may seem repetitive to film-lovers.

The film scene has been heavily dominated by serious movies in recent months, except for a few animations.

Currently, true adventure story titled “The Himalayas” and intense political thriller “Inside Men: The Original,” both of which feature no hint of comedy, are dominating the box office.

Other contenders like “Star Wars: The Force Awakens” and “Sherlock” also don’t seem like movies that can be seen casually.

For that reason, “Mood of the Day” has a chance at attracting people who just want to enjoy pleasant time at the theater out of the freezing cold outside.

In the same week “Mood of the Day” opens on Jan. 14, many competitive options from abroad will become available as well.

First of all, there is “The Reverent,” the latest from last year’s Academy Award-winning director Alejandro G. Inarritu, opening on the same day. Armed with A-list actors like Leonardo DiCaprio and Tom Hardy, the film is estimated to take the box office top spot from “The Himalayas.”

Another major competitor for those who seek romance at the theater is Japanese director Iwai Shunji’s legendary melodrama “Love Letters,” which is getting re-released on the same day.