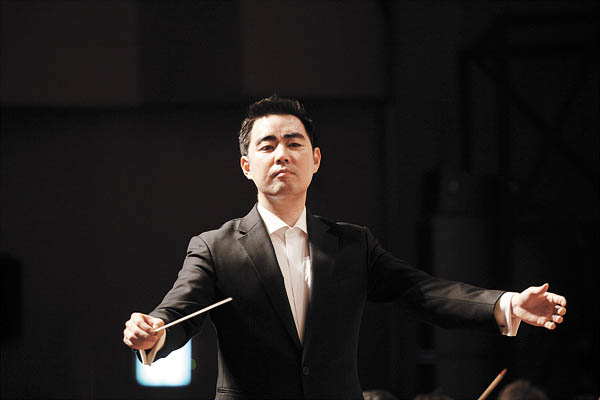 The Seoul Philharmonic Orchestra’s upcoming concerts this weekend, which were supposed to be conducted by maestro Chung Myung-whun, will instead be led by associate conductor Choi Soo-yeoul.

Upon the sudden departure of artistic director and principal conductor Chung on Dec. 31, the SPO has been busy looking for a replacement to conduct the orchestra for the scheduled performances this year, especially the ones this month. The orchestra promised to bring in world-renowned maestros so those who have already purchased the tickets would not be disappointed.

German conductor Christoph Eschenbach opened this year’s season for the orchestra on Saturday. Despite only three days of rehearsal with the orchestra, the concert ended with rave reviews from critics and the audience. Ticket prices were adjusted from up to 120,000 won ($99) with Chung to up to 70,000 won with the new conductor.

But for the two concerts this weekend, the orchestra announced Monday that instead of inviting a world-renowned conductor from abroad, it will let associate conductor Choi to lead the orchestra, explaining that “the orchestra preferred to stick to the program of Mahler.”

“We managed to find a world-renowned maestro for the concerts; however, the maestro showed concerns over preparing the Mahler symphony in such a short time and requested a change of program,” an official from the orchestra explained. “With much consideration, we decided to maintain the program and believe that our associate conductor Choi, who has been working closely with the orchestra for a long time and has high understanding of the members, is the right person to conduct the upcoming concerts.”

The orchestra added that Choi has been contributing a lot to the orchestra’s development alongside Chung as well as during his absence. Ticket prices have been readjusted to cost from 10,000 won to 70,000 won.