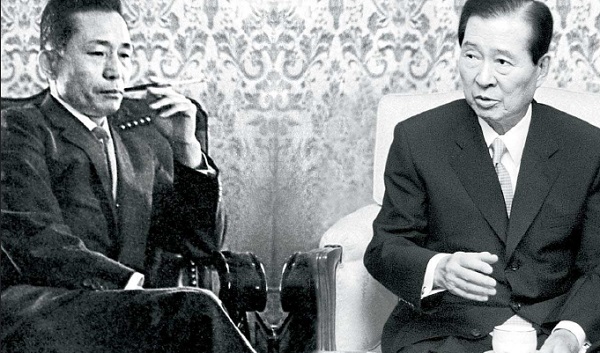 
The press described my alliance with presidential candidate Kim Dae-jung as being like water and oil, to represent how different our politics were.

Our joint campaign was baffling, and to some extent, their surprise was well-founded considering our political paths and ideologies. In fact, we saw ourselves pitted against each other more often than not.

Many of my supporters expressed shock and disappointment over my decision to endorse Kim’s presidential campaign. After all, why would I help a Communist win an election? 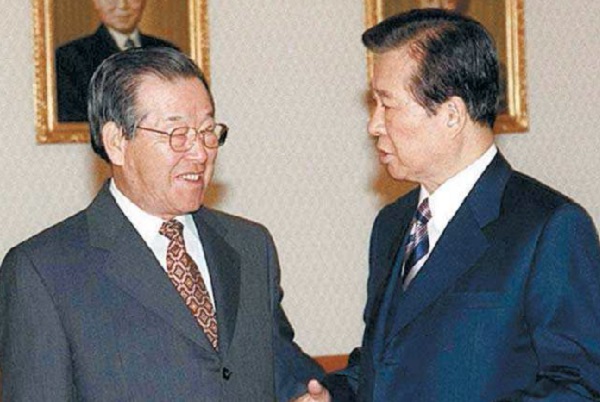 It has been years since Kim Dae-jung served as president. He passed away in 2009, and to this day some people still begrudgingly ask me why I helped him.

When I’m faced with those questions, I tend to redirect it at them: Do I look like the kind of person who would join hands with a Communist or and North Korea sympathizer?

As a military official, I served on the frontlines of battle, and I put my life on the line every day. I carried out an anti-Communist revolution [coup] and devoted 18 years of my life perfecting this state so it could better fend off the threat from North Korea.

It was only after I had come to the conclusion that Kim Dae-jung was not a Communist - and would and could never be one - that I decided to support him.

Kim joined a leftist party when he was young, right after the Korean Peninsula was liberated from Japan.

It could have been that he was leaning toward socialist values, like many young people did at the time.

I often think of a famous remark by philosopher Karl Popper, who said that a man who does not believe in socialism in his 20s is without a heart. But a man who still believes in it in his 30s has no brain.

Controversy over Kim’s ideology erupted during the 1971 presidential election, when he pledged to uphold a welfare state. And after the Yushin Constitution went into effect, he received assistance from the pro-North federation of Korean residents in Japan, known as the Jochongnyeon.

Kim’s ties with this group were later used as evidence to charge him with anti-state activities, for which he received the death penalty.

It appears that Kim did not directly receive funds from North Korea, but it does seem that his camp was financially helped somewhat by the Jochongnyeon. What is clear is the fact that he never crossed the line, and never followed the doctrine of Pyongyang.

He refrained from activities that would outright brand him as a North Korean sympathizer. That’s why his death sentence was later commuted, after which he was released from prison and sought asylum in the United States.

For these reasons, it is wrong to call him a Communist. He may have used his socialist followers to his political advantage, but never did he express his intention to pursue his political career with them. He made only friendly gestures toward North Korean sympathizers to extend his political standing, but that was it.

However, speculation over Kim’s ties with North Korea flared again in the run-up to the 1997 presidential election.

Before the election, a panelist on a televised discussion said that while he had no problem with my politics, he was suspicious of Kim’s.

“How can the public follow North Korean policies under the Kim Dae-jung government?” he said.

“While I don’t agree every aspect of his policy on North Korea, we should not preoccupy ourselves with black-and-white logic,” I said. “There is no reason for us not to work together on North Korea policy.”

Despite continuous questions over Kim’s ideological position, I did not budge, because I firmly believe he was not a socialist.

Some would also say my endorsement for Kim was tantamount to betraying my comrade, Park Chung Hee, especially given their political rivalry. But when I decided to throw my support behind Kim Dae-jung, the first image that popped into my head were the scars on his face, which were clearly visible during the press conference he gave in his house just five days after he was kidnapped in 1973 by intelligence authorities, unbeknownst to President Park Chung Hee.

I thought my support for his presidential campaign would be my way of healing the scars he had received during the Park government.

Right before the presidential election in 1992, Kim Dae-jung paid his respects before Park’s grave at Seoul National Cemetery. “I feel like I have done my homework now,” he said. “I will leave the past behind and only remember his achievements for the country.”

Similarly, while addressing guests at a promotional event for Park Chung Hee’s memoir on Oct. 23, 1997, Kim said, “President Park instilled a sense of confidence in the people that we could achieve whatever we set out to do and paved the way for us to become the world’s 11th largest economy. If misdeeds were committed, let them be judged by history. For us standing here, we must recognize his achievements and contributions to the nation.”

While Park Chung Hee has been criticized over the Yushin Constitution, it is without a doubt that he transformed Korea into an economic powerhouse. And Kim was willing to accept that fact. That is how he differed from Kim Young-sam.

Kim Dae-jung was a man who could recognize and accept what stood as unchangeable truth, and he made good on his promise to build a memorial hall for Park in 1999, a year after his inauguration.

He once told me that he didn’t believe what Park had accomplished could have been done by anyone else.

Eighteen years ago, I decided to help Kim Dae-jung, and apologize on Park Chung Hee’s behalf.

He and I were on the same page that we must bring an end to conflicts and disputes over ideology and begin laying the path for reconciliation and integration.