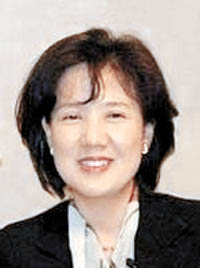 A Seoul court on Wednesday ordered a Korean university professor to compensate nine elderly women who were forced to serve in Japanese military brothels during World War II, who claimed in their civil suit that the academic defamed them in her book.

Park Yu-ha, a Japanese literature professor at Sejong University in Seoul and the author of “Comfort Women of the Empire,” (2013) was ordered to pay 10 million won ($8,225) to each of the plaintiffs, which totals 90 million won.

“If a historical person is alive, the protection of his or her personal rights is comparatively more important than academic freedom,” the Seoul Eastern District Court said in its judgment, adding that her status as a university professor came with greater social responsibility and thought.

The court ruled that Park defamed the victims with “false” and “distorted” content in her book, specifically in her implication that some of the women had voluntarily chosen to work in Japanese military brothels.

Professor Park argued that it was hard to accept that she had defamed the victims, as she did not specify their real names in the book.

The court, however, explained that it was possible to specify who they were, as only 46 Korean victims are currently alive.

Park said she would appeal.

In June 2014, nine former “comfort women,” as they are euphemistically known, filed a civil lawsuit against the professor for defamation and sought an injunction against the publication of “Comfort Women of the Empire.”

In February 2015, the court ordered that 34 sections in the book be redacted where it found false facts in the narratives and descriptions to suggest that some of the women voluntarily engaged in prostitution for the Japanese military during the war.

The prosecution in November indicted Park on charges that she defamed Korea’s former comfort women, and the first criminal trial in the defamation case is due Jan. 20.

“I think the court made its ruling after fully acknowledging the graveness of this incident and the shock the victims received,” said Park Seon-ha, a lawyer representing the plaintiffs.

In her book, the professor wrote that it was Korean collaborators and private Japanese recruiters who forced or enticed Korean women into Japanese military brothels - not Japanese government officials - and further stated that some of the women were “voluntary prostitutes,” going against the national narrative that they were forced or deceived.

The case has sparked an intense debate among scholars and intellectuals in Korea and abroad on the freedom of academic expression, particularly when it comes to sensitive historical facts.