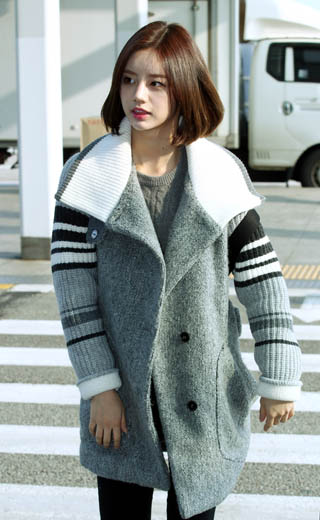 For the seasonal TV show, which airs during the Lunar New Year and Chuseok holidays, hundreds of K-pop boy and girl group singers compete with each other in various sports from archery to ssireum, or traditional Korean wrestling.

Hyeri is scheduled to show up at Goyang Stadium in Gyeonggi today to do filming of the show.

This year, about 300 K-pop singers will reportedly take part in the competition.

Almost all K-pop singers from newbies to veteran singers compete with each other on the show, which began in 2010.