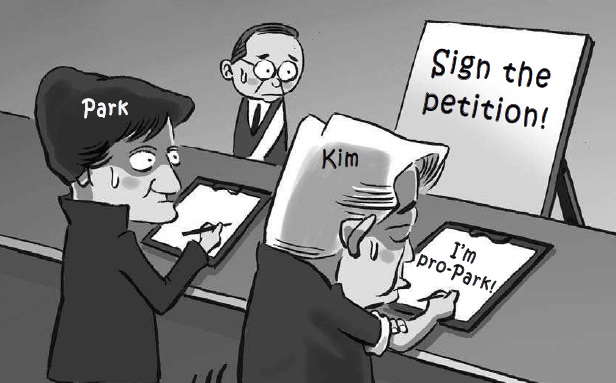 In Monday’s press conference, Saenuri Party leader Kim Moo-sung stressed that his experience as the manager of President Park Geun-hye’s campaign in the 2012 election proves he belongs in the pro-Park group, putting an end to rumors that say otherwise. Meanwhile, President Park has signed a 10 million signature-gathering campaign to pressure the National Assembly to pass pending bills to revitalize the economy.