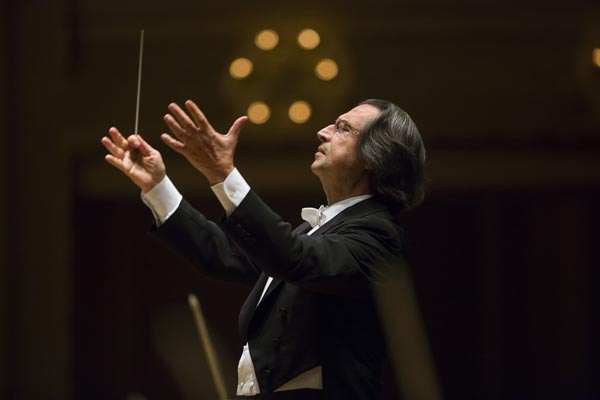 Jan. 28 and 29: The prestigious Chicago Symphony Orchestra and its maestro, Riccardo Muti, are coming to Seoul for a two-day concert. The concert is especially exciting for Korean classical music fans as renowned maestro Muti could not join the orchestra’s first-ever visit to Korea in 2013 due to a severe cold.

Saturday: Complementing his recent album release in November - his first in seven years - renowned Korean pianist Lim Dong-hyek is holding a Chopin recital. Lim has been devoted to piano since the age of 7. He quickly gained recognition in 1997 when he and his brother Dong-min shared third place at the International Chopin Competition. The program includes a nocturne and a ballade, with the entire “24 Preludes, Op. 28” saved for post-intermission.

Sunday: Start the new year on a good note with the Vienna Boys’ Choir. The choir, made up of boys ages 10 to 14, has a long history, as it was founded in 1498. It has become one of the most popular boys’ choirs in the world. The program includes a range of works, from classical works by Vivaldi, Mozart and Strauss, to excerpts from original movie soundtracks.

Saturday and Sunday and Jan. 30-31: Moon Hee-jun, a member of the defunct K-pop idol group H.O.T., is celebrating the 20th anniversary of his debut with a concert. Although the group, which was popular in the 1990s, doesn’t exist anymore, Moon wants to recall the memory from 20 years ago when the boy group started out.

Moon, who’s been active as a rock singer after the group disbanded, says when he looks back on his two-decade-long career, his fans were always there and that he wouldn’t have made it this far if it weren’t for them.

The concert starts at 7 p.m. on Saturdays and 6 p.m. on Sundays.

Feb. 12 and 13: U.S.-based R&B musician Jeff Bernat will be visiting Korea to present some of his hits and new songs from his third album. The singer-songwriter has a strong fan base in Korea with songs like “Call You Mine” and “If You Wonder.”

Feb. 13 and 14: Brown Eyed Soul, a four-member Korean R&B group deemed as one of the best vocalists in the country, are planning a concert titled “Soul 4 Real.” The group has laid low since their 10th-anniversary show in 2013. However, they have now prepared a grand world tour in time with their upcoming album release and the New Year holiday.

Feb. 20: Violist Richard Yongjae O’Neill is starting a new year with a solo concert titled “My Way.” In the first part of his concert, the violist will show off his new repertoire of Shostakovich’s “Viola Sonata, Op. 147,” a masterpiece viola sonata. In the second part, O’Neill will collaborate with the newest generation of classical musicians.

Feb. 27: Pianist Son Yeol-eum is holding her first recital in three years, titled “Modern Times.” Her first recital in 2013 received great responses from both critics and the audience for presenting a bright and brilliant program. For the upcoming concert, Son said she’ll perform contemporary pieces that were written in the early 20th century, such as Ravel’s “Le Tombeau de Couperin” and his “La Valse,” as well as Stravinsky’s “Petrushka.”