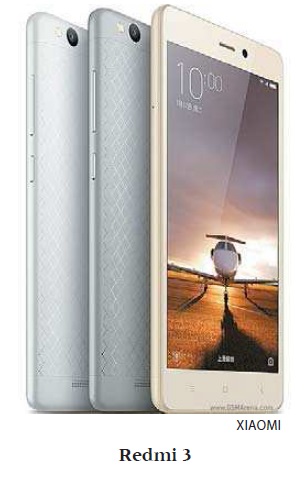 Xiaomi’s trending Redmi 3 smartphone will be sold in vending machines at select Daiso retailers starting at 12 p.m. on Jan. 27.

There are two catches: only 300 of the smartphones are available, and buyers must open a new account with KT’s budget phone subsidiary KT M Mobile. Still, the phone won’t be linked to a subscription period, so users that get tired of the device can toss it at any time without penalty.

The cheapest monthly plan for the Xiaomi’s latest smartphone is 13,500 won, which offers 750 megabytes of LTE data and 30 minutes of voice calling.

“We made a splash with Redmi Note 3 at the end of December and the promotion with Redmi 3 will be even bigger,” said Phoneplus Company CEO Lee Eung-joon.

The Redmi 3 was launched in China earlier this month and gathered attention for its cheap price relative to its quality. Running on the Android Lollipop operating system and powered by Qualcomm’s Snapdragon 616 processor, the smartphone has a 5-inch full-high definition screen, 1.3 megapixel rear-facing camera and gigantic 4,100 mAh battery.

Xiaomi has been creating a lot of buzz lately, with Korean consumers increasingly opting for reasonably priced smartphones.

The company’s Redmi Note 3, a 5.5-inch smartphone, received attention earlier this month after online retailer Interpark abruptly withdrew sales of the smartphone, which had been priced at 69,000 won for a six-gigabyte model under exclusive partnership with KT, after just two days. The company said KT had demanded it stop selling the phone, citing the need to review the legality of the sale. But industry insiders blamed Korean mobile phone producers, who reportedly pressured KT amid fears of being undermined by Chinese players.

The Phoneplus Company’s mobile phone vending machines have been operating at several hundred Daiso stores nationwide since last year. However, the vending machines don’t deliver phones immediately. Customers choose the device they want on a 22-inch screen, and provide a scan of their ID card, as well as their address and phone numbers. Qualified buyers can have a new phone delivered within seven days, with shipping costing 15,000 won.