In time, notorious murder case is laid to rest

In time, notorious murder case is laid to rest 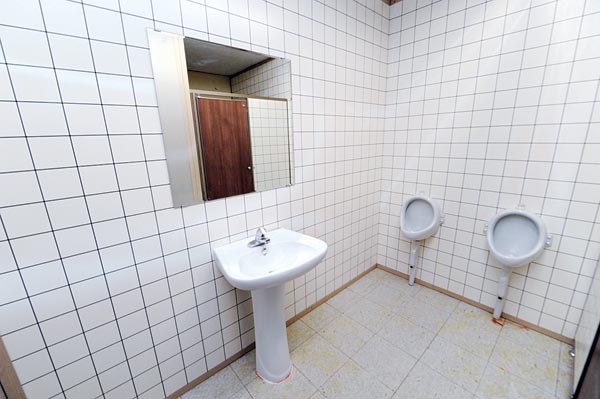 A mock-up of the restaurant bathroom in Itaewon where the murder occurred was built in the basement of the Seoul Central District Prosecutors’ Office. [JOONGANG PHOTO]

Nearly two decades have passed since the grisly killing of a Korean university student in a fast food restaurant bathroom spawned one of the country’s most high-profile murder investigations.

On Friday, Arthur Patterson, a 36-year-old American, was found guilty of stabbing Cho Jung-pil to death on April 3, 1997, in the bathroom of a Burger King in the capital’s popular Itaewon district and sentenced by the Seoul Central District Court to 20 years in prison.

Patterson was extradited to Korea in September to face charges in a renewed investigation and maintained his innocence throughout the trial, instead pinpointing Korean-American Edward Lee, who was later acquitted of murder charges by the Supreme Court.

The final chapter in the case comes 19 years after the high-profile murder rocked the country and subsequently spawned a movie that led the case to be reopened. And in that time, much has changed - in the district as well as in the lives of the people involved.

The streets of Itaewon, a foreigner-friendly area in central Seoul near the main U.S. military garrison, has become a favored destination for club-hoppers and tourists, where it was once frequented mostly by U.S. military personnel.

The Burger King where Cho was discovered dead in the bathroom has also since closed its doors, the building where it was once located now home to a cosmetics shop and a restaurant.

But perhaps most notable is that the man who could have best explained the events in the case has since died.

Kim Rak-gwon, the detective from Yongsan Police Precinct who co-led the investigation with the U.S. Army’s Criminal Investigation Division, was killed in a car accident in March 2013.

“Considering the various circumstances, the murderer was Patterson,” the late investigator said in his last interview with Korean media in 2011. “I charged Lee as the accomplice when I filed the case with the prosecutors.”

His theory, however, stands in stark contrast to the views of the original prosecutor on the case, which from its beginning was marked by confusion.

He ended up stepping down from his position, however, after Lee was acquitted by the Supreme Court and went on to open a legal office in North Jeolla. The former prosecutor has refused to comment on the case since then, rejecting interviews.